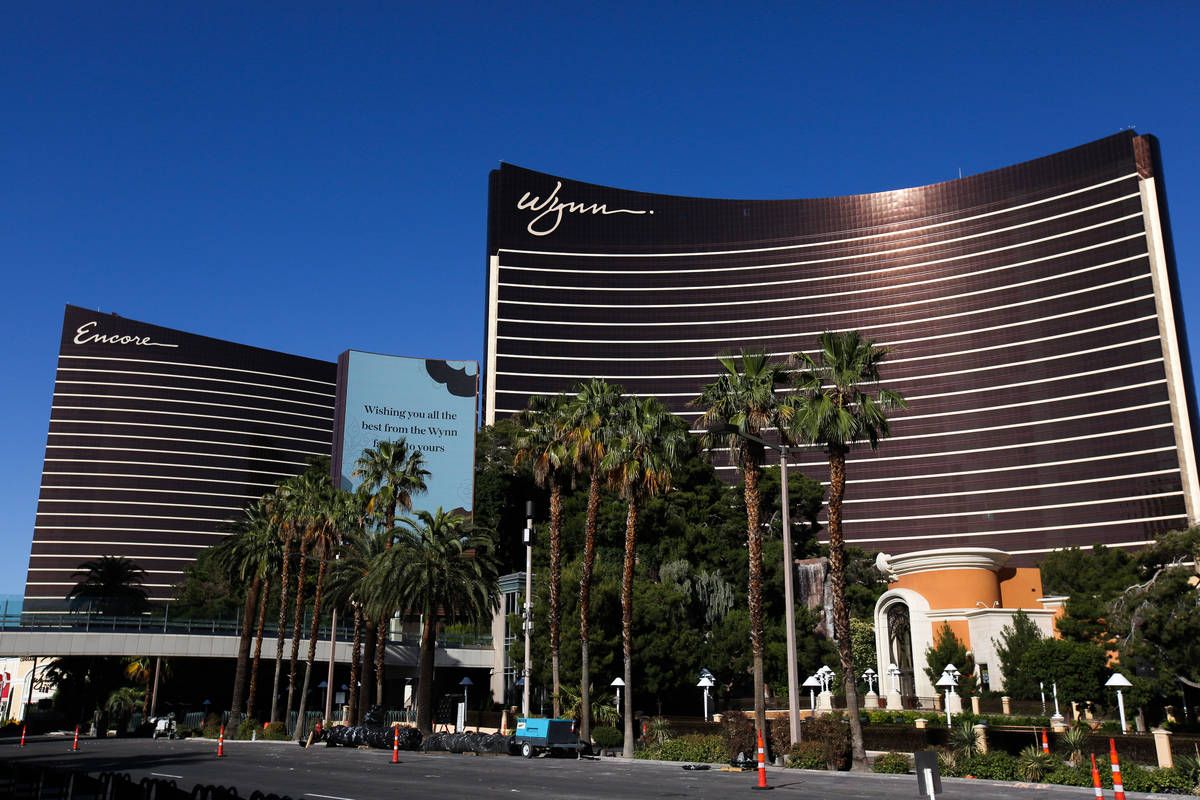 Since reopening the Wynn Las Vegas and Encore in June, the casino operator had tried to keep as many of its employees working as possible by assigning them fewer hours, according to a letter sent to staff on Monday.

But the unions are wanting full-time employees scheduled to have full-time hours — 40 hours a week.

“More people working fewer hours has created consistency and predictability at a time our employees most need it,” according to the letter, which a company spokesperson shared with the Review-Journal.

The Culinary Local 226 and Bartenders Local 165 unions had approved Wynn’s approach until a month or so ago, according to the company. The Culinary union said Tuesday it fought against Wynn’s scheduling arrangement because the company did not agree to pay for an additional four months of health care benefits for unionized employees.

Health benefits for an undisclosed number of furloughed Wynn employees were set to expire after Oct. 31.

Last week, the unions took action to force Wynn to return to strict union rules requiring full-time employees be scheduled to work 40 hours a week, Wynn said in the letter.

Wynn said these changes will force “many employees” into layoff status, and require rebidding the shift for the majority of employees, “disrupting so many lives.”

According to Wynn, the unions agreed on Saturday to delay the forced schedule change until Jan. 11, after the holidays. Wynn “must comply” with the union’s demand, although it would “prefer to keep things as they are now and avoid the disruption.”

The union said Tuesday that it has agreed to let 23 Strip casino-resorts schedule flexible work hours to reduce layoffs in exchange for the additional health care benefits. This includes MGM Resorts International’s properties, Caesars Entertainment Inc.’s properties and The Cosmopolitan of Las Vegas.