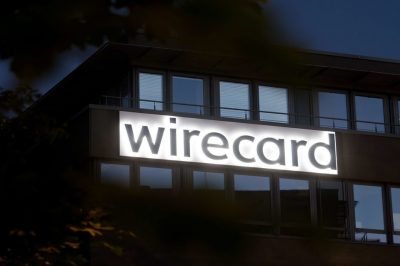 Some German gambling companies are reporting potentially fraudulent financial transactions, while new media reports show that the controversial payment service provider Wirecard lobbied to become one of the major payment processing hubs for gambling operators licensed in the country.

Earlier this week, the local Financial Intelligence Unit (FIU) presented its 2019 report on suspicious activity reports, unveiling that the number of dodgy transactions increased by almost 50% from a year earlier. A massive surge in the number of potentially fraudulent transactions in the German gambling sector was reported by companies operating in the market, as the suspected transactions rose from 24 in 2018 to 116 a year later.

The significant increase in the number of gambling transactions can partially be explained by the larger number of gaming companies registered with the FIU, as it rose from 45 in 2018 to more than 300 in 2019.

On the other hand, as reported by the local media outlet Capital, Wirecard lobbied for getting the role of the main processor of legal online gambling transactions at the time when the German states were discussing the approval of a new version of the federal gambling treaty in 2017. According to reports, the Chief Financial Officer (CFO) of the payment processing company at the time, Burkhard Ley, met with state officials several times to propose a method that would facilitate the channeling and centralizing the money flow in online gambling operations in the country. 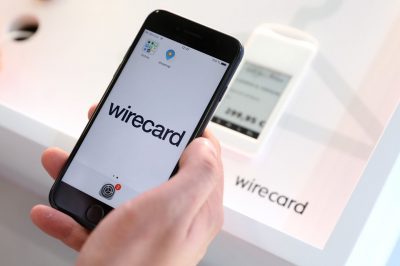 Reportedly, the above-mentioned proposal of Wirecard had been bached by the German Association for Telecommunications and Media (DVTM), which in 2015 created a special division that currently involves many popular online gambling companies among its members. The controversial payment processing company was also a member of the DVTM.

At the time, it was Byrkhard Ley who was given the responsibility for lobbying activities in the gambling sector. Mr. Ley was one of the company’s ex-managers who have been arrested since the middle of July because of their participation in the alleged fraud scandal involving Wirecard. The former CFO of the payment processing operator has rejected all allegations of the public prosecutor’s office so far.

However, a spokesman for the Rhineland-Palatinate state government confirmed that a couple of meetings were held between Mr. Ley representing Wirecard and Clemens Hoch, who headed State’s Chancellery at the time. Just like Ley, it was Hoch who had been given the leading role in the regulation of the online gambling market operations.

The two of them first met in the Mainz State Chancellery at Ley’s request on February 1st, 2017. Other parties were also present at the meeting. The next meeting of the pair took place on October 2nd, 2018 at the “Digitalization in the gaming sector” event hosted by the SPD Economic Forum in Berlin. According to reports, the two meetings were also associated with a “functioning implementation” of a new gambling regulation that involved control and prevention of payment flows.

Wirecard reportedly pursuit an objective of becoming the main processor of online gambling payments in Germany, with its efforts being fuelled by the gradual liberalization of the market and the discussions of a new version of the federal gambling treaty. For the time being, online casinos and private poker sites have been suspended in Germany, but some providers that operate from foreign territories such as Gibraltar or Malta still have been able to offer their services to local customers.