High Stakes Poker returned to the poker world on Wednesday on the PokerGo app, and the pots weren’t as monster as you may have expected. 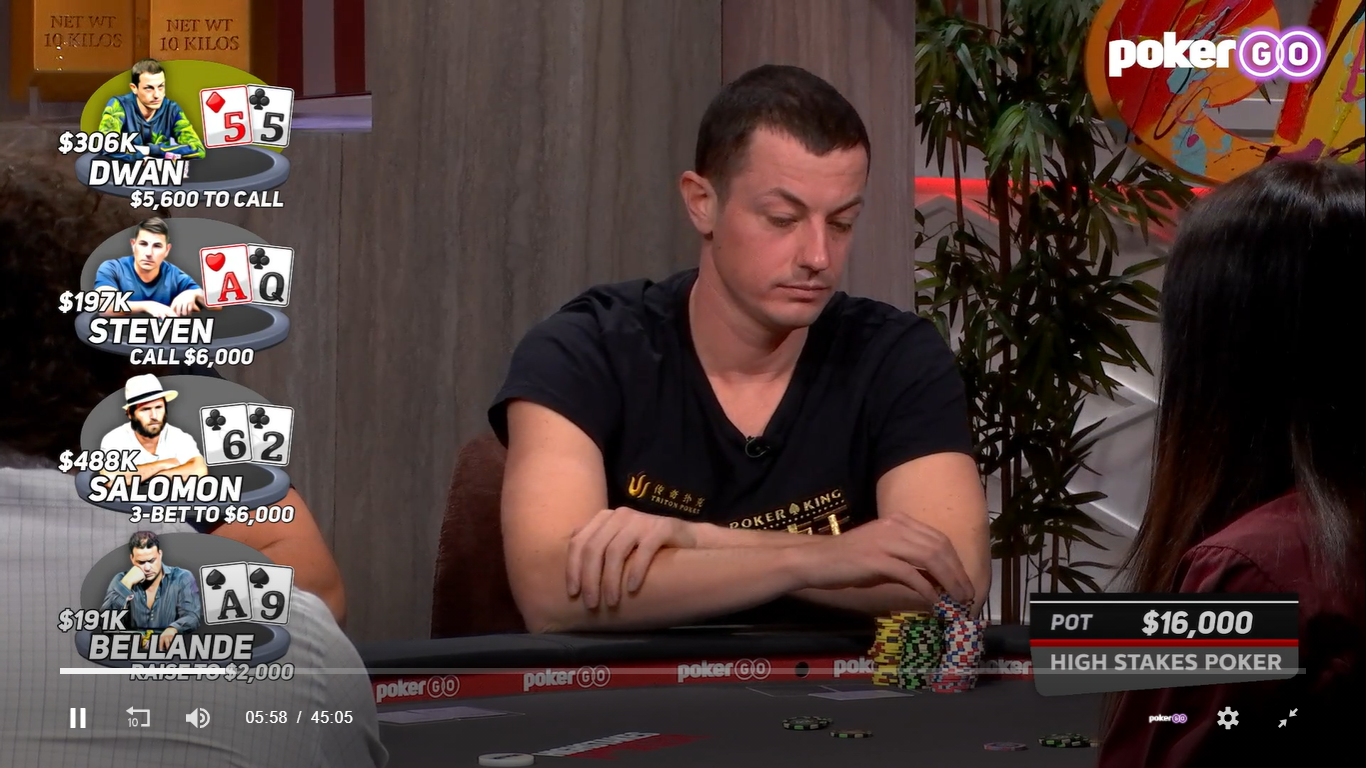 High Stakes Poker was one of the most popular poker shows ever. From 2006 to 2011, the cash game show aired on the Game Show Network. Many of the game’s biggest stars competed regularly. Pros such as Doyle Brunson, Phil Hellmuth, Phil Ivey, and Daniel Negreanu battled for the highest stakes in front of a massive television audience.

The show has been M.I.A. since 2011, but finally returned Wednesday evening for Season 8, with its original producer and Poker Hall of Famer Mori Eskandani behind it. If you didn’t watch the show (sorry for the spoilers), you should know that the original hosts, Gabe Kaplan and AJ Benza, returned to the booth.

The action on the felt wasn’t as intense as you may have expected. Dwan isn’t the “durrrr” of old in that he now plays a bit tighter than he did back in the old High Stakes Poker days. There weren’t any massive pots, largely due to the lack of coolers.

The first episode lasted 45 minutes and is available on the PokerGo app (paid subscription required). Kaplan and Benza were back together for the first time since Season 5. Kara Scott joined Kaplan in the booth for Season 6 in 2010, and then comedian Norm Macdonald took over the broadcast duties on his own in Season 7. You can catch all of the past 98 episodes on PokerGo.

We won’t give away too much from the first episode just in case you haven’t yet watched. But we will mention one hand, in which Jean Robert-Bellande woke up in the big blind to the greatest sight in poker — pocket aces facing a four-bet.

The exact cast of future episodes of High Stakes Poker haven’t yet been announced. But previews have shown Phil Ivey, Doug Polk, and Phil Hellmuth in the games.