Many thought it would be a joke that Adam Pearce was in the Russian roulette fight to define the challenger by Universal Championship of Roman reigns for Royal Rumble, because the joke went far, for the moment, and thanks to the attack of the Samoans towards Shinsuke Nakamura (and Pearce), we had the latter as a challenger to the maximum title of SmackDown for the PPV on January 31.

However, there is an important piece of information: The veteran gladiator returns to fight in a WWE ring after 23 years. Pearce competed within the American giant during 1997 under the name of Adam O’Brien, being a highlight talent at the weekly shows of Monday Night Raw and Saturday Night Shotgun. At that time, Pearce had been a professional for less than a year.

He had three fights. In the first, on Monday, March 31, 1997, he teamed up with Rod Bell, being defeated by The Nation Of Domination (Crush and Savio Vega). And although it was his debut and his name was not announced, he had a good offensive against the rude:

His second fight was on June 30, 1997, during the Shotgun Saturday Night recordings. He played with Chris Steele and Kevin Flynn, being defeated by The Truth Commission (Recon, Tank and The Interrogator).

His last fight within the former WWF was a heads-up against Tiger Ali Singh, on August 23, 1997 on Shotgun recordings. 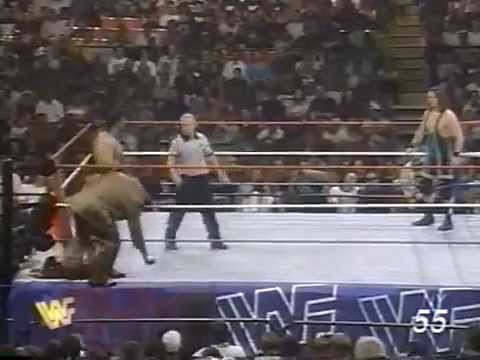 Later, Pearce continued to fight in companies in Wisconsin and Illinois. In the new century it began to reach other territories, such as PWG in California. In 2003 he began training and wrestling at the New Japan Dojo in Los Angeles. In 2005 he came to Ring of Honor. In 2007 he won the tournament in Puerto Rico for the vacant NWA World Full Weight Championship, beating Brent Albright, and his name became synonymous with that title for years.

What would have happened if Pearce had stayed in WWE longer?