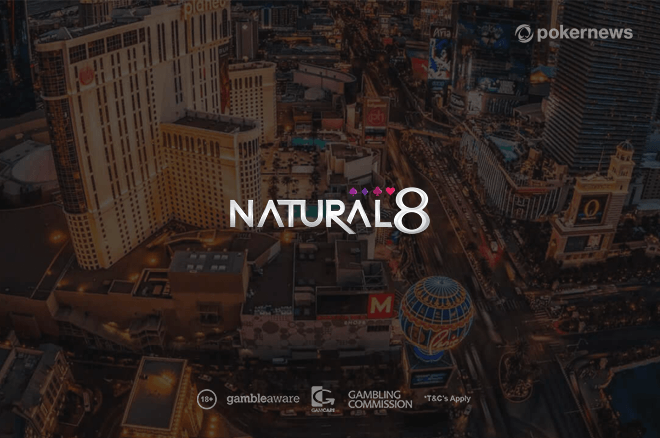 We are midway into the World Series of Poker Online 2020, and Brazil has been receiving lots of attention for its players’ deep runs so far.

Team Bling was created specifically for WSOP Online 2020, and membership is only open to Natural8 players who win a gold bracelet event. Members also receive sponsorships worth between $7,500 to $100,000, depending on buy-ins of the event they’ve won. There are three different levels: bronze, silver and gold.

Marcelo is a relative newcomer to the game, having started playing poker in 2016 after making a $20 deposit on an online poker site. He started out with micro stakes, and slowly grew his bankroll to play bigger limits and eventually, live exclusively on his poker winnings.

He focused mainly on online games, and before winning his maiden gold bracelet this year, his only notable live cash was for approximately $3,681 (14th place – NLHE Main Event) in the 2018 Brazilian Series of Poker.

Marcelo claimed his career-best score and first ever WSOP bracelet after 11 hours of uninterrupted action. One of his notable opponents on the final table was fellow Brazilian Pablo Silva. Silva, who recently walked away with a cool $1,000,000 after taking down the main event in this year’s partypoker LIVE MILLIONS South America, was eventually eliminated in 5th place and earned $71,742 for his latest deep run.

For winning this bracelet event, Marcelo also won a $7,500 sponsorship from Natural8, as well as an ambassadorship in “Team Bling”. When asked what he enjoys about playing at Natural8, Marcelo replied “There are many things I like about Natural8, especially the cashback which in my opinion is one of the best on the market. The special tournaments of the day have a very good value and guarantees as well. The emoji options at the table are also a great way to inject some fun and create a lighter atmosphere at the tables.”

The other Brazilian “Team Bling” member so far is Eduardo Garla, who took down the NLHE Asia Championship by beating poker coach Alexandros “THE Sheriff” Theologis in a head-to-head battle and walking away with a $15,000 Natural8 sponsorship package.

After almost 13 hours of play, Garla walked away with the top prize of HK$3,551,611 ($461,709) and his first career bracelet. His victory also shot him to the top of the WSOP 2020 Asia Timezone Online Leaderboard, where he is more than 1000 points ahead of the next contender. The winner of this leaderboard will walk away with a WSOP Pure Gold Dragon trophy.

Eduardo’s win marked his 8th WSOP career cash, and his only other first place victory since 2014 when he shipped the Brazilian Series of Poker High Roller event for $35,641. His biggest cash prior to this was also back in 2014 at the WSOP $10,000 NLHE World Championships Event, where he walked away with $230,487.

The shift of the WSOP from a live event to an online one definitely changes the way the game is played. Eduardo who prefers live events said “I like playing live poker more, because I like being able to look at the players and try to discover something different, something that I could not discover playing poker online.”

When asked why he enjoys playing on Natural8, he said “the structure of the tournaments are great, especially the deep stack structure that allows for good game development”.

Brazilian Players Who Have Won WSOP Bracelets So Far

Brazil has done very well in the WSOP Online 2020 tournaments so far, with a total of four bracelets won and bringing the tally for Brazil to an even ten.

Natural8 provides a fun and safe real-money poker platform for recreational players. To make online poker fun again, Natural8 offers non-stop promotions and over $20 million up for grabs each month, up to 100% cash-back in their loyalty programme, and 24/7 live chat support.

Players who sign up now get access to exclusive promos like the WSOP First Deposit Bonus, where they can win up to $100 in WSOP tickets. There’s also a FREE $8 bonus with a minimum deposit of $10, as well as access to a newcomer-only, free-to-play poker tournament.

Currently home to the World Series of Poker (WSOP) Online 2020 Tournaments, players all over the world can now win a coveted WSOP Gold Bracelet online for the first time ever.