Tom Dwan wound up in the middle of one of the most memorable High Stakes Poker hands ever in the recent episode released on the PokerGo app. Three players were all-in before the flop, vying for all or a share of the $985,000 pot. They opted to run it three times, but one extremely lucky player scooped it all. 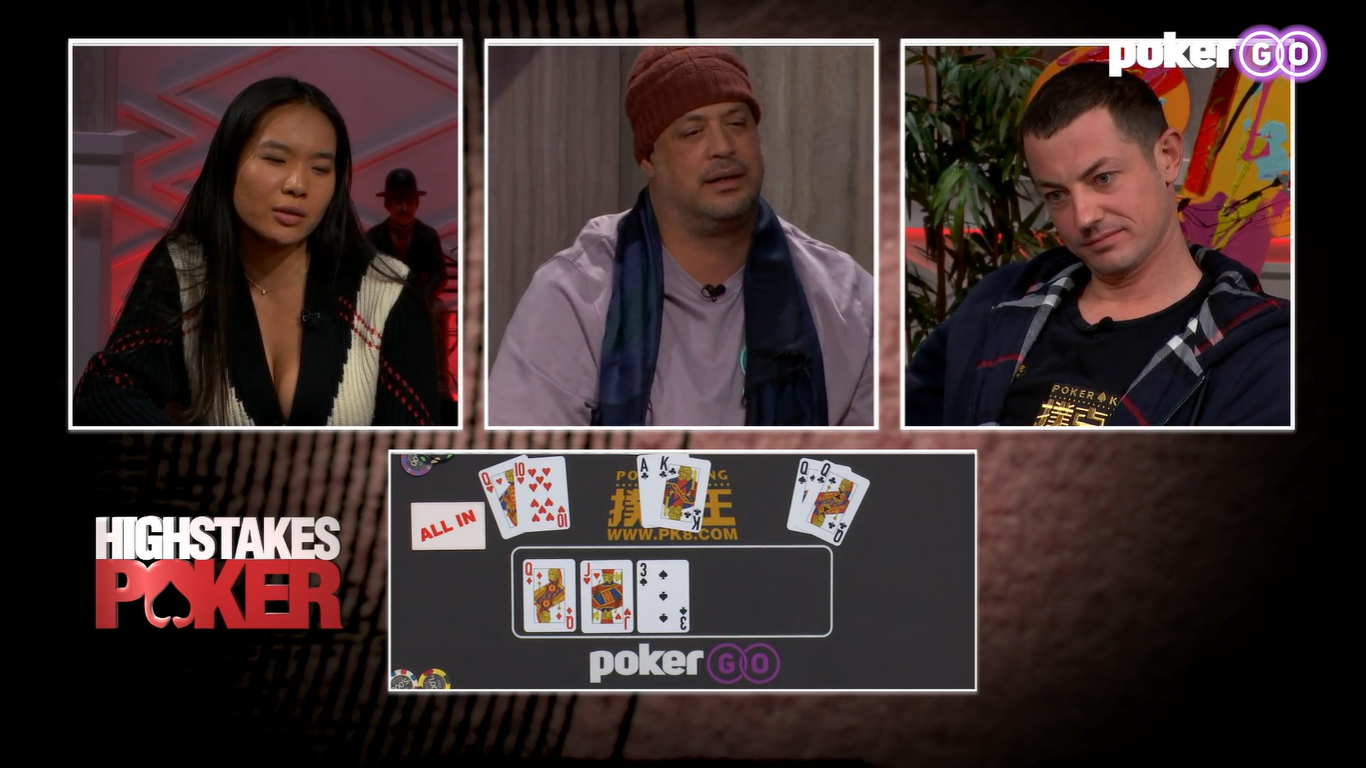 PokerGo brought back the popular televised poker show last month. One new episode is released every Wednesday on the poker app (paid subscription required). Gabe Kaplan and AJ Benza, the original hosts, are back together in the broadcast booth.

Through the first five episodes — the fifth released this week — the entertainment value has been high, much like the old High Stakes Poker series on the Game Show Network from 2006-2011. Past HSP players such as Jean-Robert Bellande and Tom Dwan have already appeared, and upcoming episodes will feature Phil Ivey, Phil Hellmuth, Doug Polk, and many other superstars.

The action thus far has been intense. But one hand in particular stands out from the rest, and you could argue was the most exciting hand in HSP history. And that certainly says a lot.

No One Saw that Coming

We won’t spoil too much from Episode 5, but there is one hand we simply had to report on. That’s because it was so crazy, and so massive. The way the hand was played wouldn’t exactly appeal to a GTO-minded player, however.

With the blinds at $400/$800, Bellande put in a straddle to $1,600, holding A-K of clubs. Rick Salomon, who loves to splash around some chips, raised it up in early position to $4,000 with 5-3 of clubs. Car dealership owner and 2010 WSOP Main Event final table bubble boy Brandon Steven made the call with A-J of diamonds, and then Dwan made an odd decision to just call with pocket queens on the button.

Lynn Ji, a young high-stakes player, called in the big blind with Q-10 of hearts. Bellande had the clear decision to three-bet and thin the field, and he did so to $11,000, a modest sized raise.

All three players agreed to run it three times with $985,000 in the middle between the main and side pots. Somehow, some way, Dwan’s pocket queens held up on all three runouts and he busted both players.

You can catch every episode of the High Stakes Poker reboot on the PokerGo app.