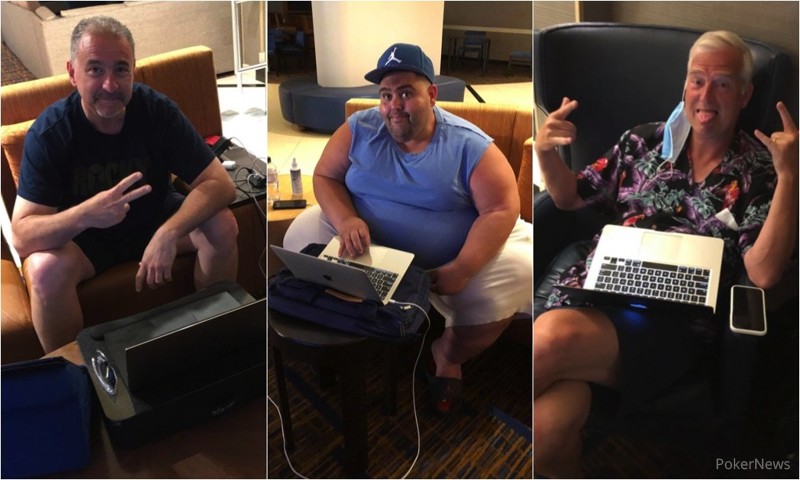 Remember, the WSOP online bracelet events are open to players in both Nevada and New Jersey. The “Garden State” option has appealed to a lot of East Coast grinders who traveled to the state in order to play. Case in point Bo “proudpatriot” Cappello, Al “bigal16” Riccobono, and Parker “PoutyPrinced” Drew, who are all in a New Jersey hotel room grinding today’s tournament.

One of them got off to a great start and is the early chip leader. Cappello doubled in the very first hand with aces against jacks, and not long after he picked up aces again against an opponent who held kings.

In the live real, Cappello has more than $2.5 million in lifetime earnings, which includes a career-best $292,500 for winning the 2016 WSOP Circuit Baltimore Main Event. He also has Borgata and Wynn victories for nearly $300K apiece.