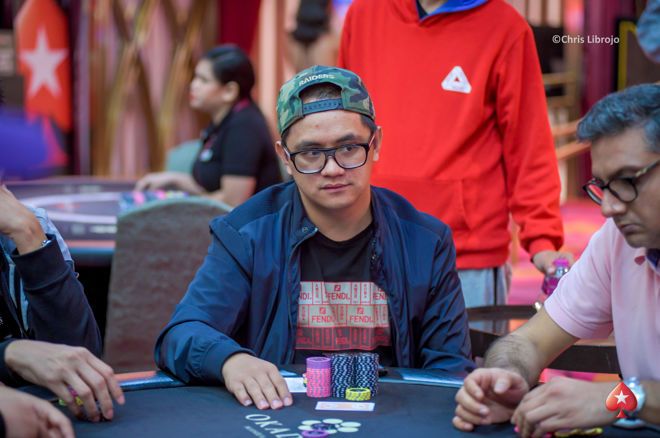 Hong Kong’s Lester “mon$terDad” Edoc is $285,000 richer than they were a few days ago courtesy of taking down the GGPoker High Roller MILLION$ on June 14.

A field of 687 congregated for the final day’s action in the $500 buy-in high roller with the top 512 finishers banking a slice of the $2 million prize pool. A min-cash weighed in at $1,226, which increased to $19,042 by the time the nine-handed final table was reached.

Brazil’s Luis “ChurrilhoMaluko” Faria was the first finalists to bust and they netted the aforementioned $19,042. “Thefaryboy” and Ireland’s “ExoticJoe” joined the Brazilian on the rail, doing so having collected $26,714 and $37,476 respectively.

Argentina’s Ivan “Negriin” Luca ran out of steam in sixth-place before British grinder Simmon Higgins turned his $500 into $73,753 by navigating his way to a fifth-place finish. Higgins was the last player not to collect a six-figure prize as the top four finishers all won more than $100,000 such was the size of the prize pool.

“00COEL” secured $103,465 when they crashed out in fourth before “supermoustache” ran out of steam in third-place, a finish worth $145,146. The Albanian’s exit left “Lucky_Luke1” and Lester “mon$terDad” Edoc to fight it out one-on-one for the title. Despite the difference between first and second being more than $82,000 the heads-up duo didn’t strike a deal. This resulted in mon$sterDad banking an incredible $285,646 for their victory, leaving the runner-up to scoop $203,618.

54 WSOP bracelets will be won at GGPoker this summer!

Canada’s “COMMENEIGEAUSOLEIL” alias translates directly as “Like snow in the sun” and they certainly shone in the Global MILLION$, $1M GTD Final Day, outlasting 1,436 opponent to win the tournament’s only six-figure sum.

The Canadian locked up a wallet-filling $134,065 after defeating Malta’s “MessiBarcelona” who almost won six-figures but walked away with $95,566.

It was a tough final table, as you’d expect from such a prestigious event. It was the home the likes of Brazilian sensation Leocir “LeoJose” Jose Carneiro who finished in fifth-place for a $34,615 score, and third-place finisher Justin “noclue_just” Chan who padded his bankroll with $68,123. Chan now has more than $620,000 in online poker tournament winnings.

The day belonged to COMMENEIGEAUSOLEIL, however, so congratulations to them and their newfound fame and fortune.

Some of the other notable prizes won at GGPoker on June 14 included:

Learn more about the massive MILLION$ events at GGPoker

Although we’ve focussed on GGPoker for this week’s Sunday briefing, we couldn’t sign off without doffing our cap to the legend that is Isaac Haxton.

The Team partypoker pro took down the High Roller Club: Main Event $1M Gtd at partypoker and walked away with a cool $437,000, the biggest prize awarded online this weekend. Haxton topped a field of 46 in the $25,500 buy-in tournament, defeating Sergi Reixach heads-up for the title. Reixach banked a still mightily impressive $287,500 for his runner-up finish.