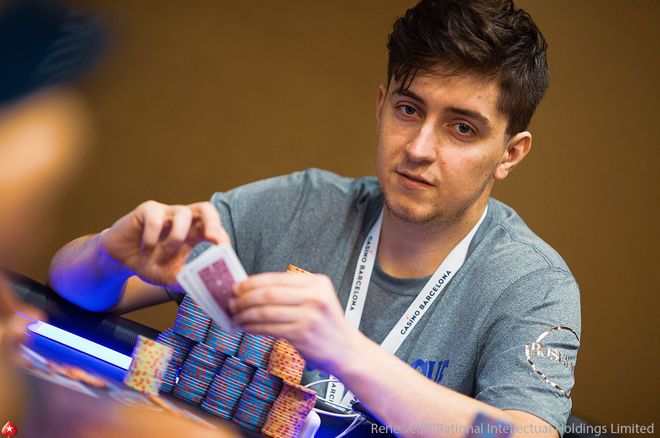 A whole host of stellar names helped themselves to massive prizes at GGPoker on August 23 but one name in particular, that of Ali Imsirovic, stood out from the crowd.

Imsirovic is already regarded as one of he best poker players of his generation but he wrote himself into poker’s history books last week when he won the largest-ever No-Limit Hold’em cash game pot. He won a pot, courtesy of a runner-runner flush, that weighed in at an incredible $974,631.

Not content with winning almost $1 million from cash games, Imsirovic bought into a slew of high stakes tournaments this weekend. As luck would have it, he walked away with a major title and another $86,346 prize.

Stephen Chidwick and Darren Elias were the first casualties to receive a slice of the prize pool, the latter’s fifth-place finish netting him $16,911. Jon Van Fleet and Alex Foxen were the next player who fell by the wayside, which left Isaac Haxton and Imsirovic to fight it out heads-up for the title.

The pair struck a deal before Imsirovic got his hands on Haxton’s chips. This deal resulted in Haxton banking $60,221 and Imsirovic walkin away with $86,346.

Another tournament that saw a heads-up deal was the High Rollers Blade Mulligan $5k. A more substantial crowd of 125 players bought in and created a $593,750 prize pool.

The final table was a star-studded affair, but it was Mexico’s Bert “ILOVECATS” Stevens who won the largest sum. Stevens secured a $124,491 payday after he and Viacheslav Buldygin struck a deal. Buldygin netted $104,647 for his impressive second-place finish.

Check out some of the other highlights from GGPoker’s biggest buy-in tournaments.

Follow all the latest from the GGPoker 2020 WSOP – LIVE!

The cards are in the air in the GGPoker WSOP Online. The PokerNews live reporting team is on top of all things WSOP. Don’t miss a beat!

Over at partypoker, Isaac Haxton won his second $25,500 Super High Roller event in the space of a week. Only 21 players turned out for this tournament, the same as last week’s entries, and Haxton came out on top.

The top three finishers won a share of the $525,000 prize pool, so share a thought for Sergi Reixach who fell in fourth and burst the bubble. Jake Schindler bagged $105,000 for finishing in third, before Haxton defeated Artur Martirosian to secure a $262,500 payday and leave his Russian heads-up opponent to scoop $157,500.

Some of the other partypoker results on August 23 included:

Christopher “StrbxGrndr” Zeng was 888poker’s biggest winner this weekend courtesy of taking down the $100,000 Sunday Mega Deep. This saw his $109 turn into $18,750. The othr two players who finished in the top three places also won five-figure prizes.

Over to PokerStars now where Simon “C.Darwin2” Mattsson won the $1,050 Sunday Supersonic. The super-talented Swede won $20,634 in less than one-hour 20-minutes, which is pretty incredible when you think about it.

Mattsson sent Pedro “pvigar” Garagnani of Brazil home in second-place, a finish worth $15,842.

Brazil’s Fellipe “FellipeD” Drapichinski was another big PokerStars winner thanks to finishing on top of the $109 Bounty Builder. Victory in this event, which saw 2,929 entries, was worth $18,146 plus a massive bounty payment of $12,911 for a combined prize worth $31,057.

The Brazilian defeated “Sanderssi” of Finland heads-up, which resigned the Finn to a combined consolation prize of $22,042.

These are some of the other big results enjoyed at PokerStars this weekend:

The Stars Group is a majority shareholder in Oddschecker Global Media, the parent company of PokerNews.