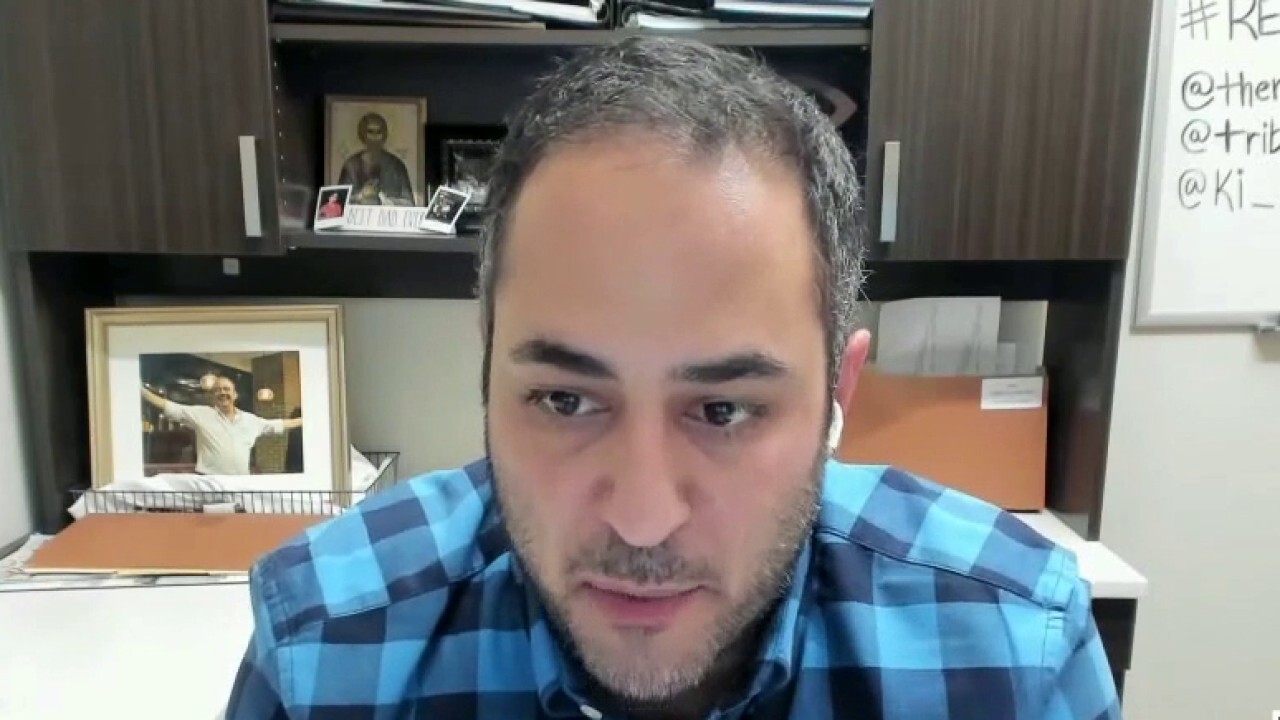 New York City restaurant owners and employees held a rally in Times Square on Tuesday to protest Gov. Andrew Cuomo’s recent ban on indoor dining and demand bailouts to save an industry crippled by coronavirus restrictions.

Tribeca’s Kitchen owner Andreas Koutsoudakis Jr. attended the demonstration in support of “communication and transparency” between government and small business owners after he was forced to postpone the reopening of his restaurant three times due to changing restrictions.

“When communities fall down, we are there, first in line to rebuild them,” he told “Your World” on Tuesday, “and being able to open up a business requires some communication with government … It’s impossible to do that. I’ve now changed my reopening date three times.

He added, “What is worse [is] that I have rehired 35 employees, trained them, all the good things that come with getting people excited about the future, and I’ve had to cancel it three times.”

Koutsoudakis Jr. said lawmakers are imposing restrictions “on a whim and have absolutely no communication” with restaurant owners who are forced to close up shop indefinitely with little guidance or financial assistance.

“Monday, the restaurant industry is closing. And I don’t know when I will open,” he said. “I may do it in a week, two weeks, three months. It’s impossible to run a business, it’s impossible to live under these conditions.”

Koutsoudakis said the federal government’s Paycheck Protection Program serves as little more than a “Band-Aid” to an industry that desperately needs a “vaccine” of its own.

“I heard prior to me coming on, all this talk about a vaccine is here … The restaurant industry needs a vaccine,” he said. “It doesn’t need another Band-Aid like PPP … now it’s a delayed Band-Aid and for a bigger and deeper wound.”

“This country is built on small businesses,” he added. “It’s built on the creativity, the hospitality, the care of those restaurants. Without them, this is no longer the land of the free and opportunity. All that stuff goes out the window if you don’t have enough of a reason and a platform to know that you’re going to open a business and employ all of these people.”

Koutsoudakis Jr. accused the government of “playing Russian roulette with the livelihoods” of business owners across the state.

“Small businesses take on much more risk than big businesses do, which have investors and it’s other people’s money. This is second mortgages, third mortgages, second homes. Everything that [we] can get together to open up one thing, one shot. And to have federal, state, city government playing Russian roulette with the livelihood of these businesses is unacceptable,” he said.

The fed-up restauranter noted that he understands the risks of the pandemic firsthand: he lost his father to COVID-19 in March.

But, he told Cavuto, his calls for reform “are not about not believing in COVID. I lost my father … I’m not arguing against whether this is valid or not.

“I’m arguing for transparency, for communication. Either we’re a team or not. Republicans, Democrats, I really don’t care which side you’re on. What matters here is you look at who is there through thick and thin. That is small businesses. Don’t just put a Band-Aid and we’ll figure out the rest later. Solve a problem. It just can’t go anymore.”

He added, “We need to feel like we actually matter to somebody out there other than our customers.”