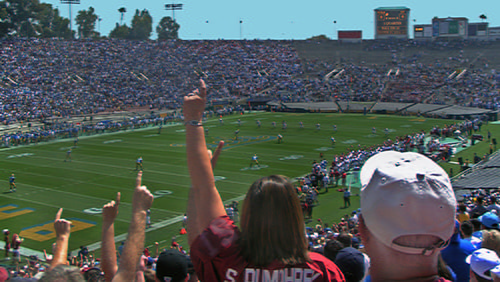 The U.S. Supreme Court’s smart decision to kill PASPA has proven to be a potential lifesaver for gaming operators around the country, at least in those states with enough foresight to introduce sports gambling. 2018 brought about the changes that have led to states having the ability to establish their own legal, regulated sportsbooks, and 2020 has needed them the most because of COVID-19. Arkansas is one of those who saw the light and made the move to open a sports gambling market, and the state continues to find more revenue from sports wagers as its casinos take a nosedive.

COVID-19 has cost Arkansas casinos more than $1 billion, according to a previous report by the state’s Department of Finance and Administration (FDA). Since sportsbooks first appeared in July of last year, only a little more than a year after the death of PASPA, the money coming in from sports gambling has brought much-needed revenue to the state. In the most recent reporting period, September 20 to October 20, the Arkansas Gaming Commission (AGC) indicates that the state’s three casinos collected a total of just over $7 million in wagers.

Southland Casino Racing led the way with a little more than $4 million during the period, followed by the Oaklawn Racing Casino Resort, which reported $1.73 million. Coming in third was the newest addition to the gambling scene, the Saracen Casino Resort, which saw $726,311. This property only now opened as a fully-functional venue, having previous been limited to a smaller building as construction was completed on the new resort.

Southland’s dominance, which has remained in place since the beginning, can be partially attributed to its location. It sits right across the Mississippi River from Memphis, Tennessee, which only just opened its sports gambling market earlier this month. In the month prior to this latest period, the property saw $2.3 million in wagers, and the increase coincides with NFL and college football being in full force, as well as the run-up to the end of the NBA season.

Oaklawn more than doubled its take from the previous period, and Saracen jumped almost three times. All of these improvements mean more win for the casinos, as well as for the state. Arkansas sportsbooks pay 13% tax on the first $150 million in revenue, and 20% above that. While the state hasn’t gotten to the higher bracket yet, it could as the industry matures.

In just a year since PASPA met the guillotine, almost $10 billion had been wagered in the U.S. Since then, things have improved significantly and, just this past August, $2.1 billion was wagered, according to the American Gaming Association. While casinos across the country are suffering from losses of billions of dollars collectively, sports gambling is able to give some of them a little bit of relief.