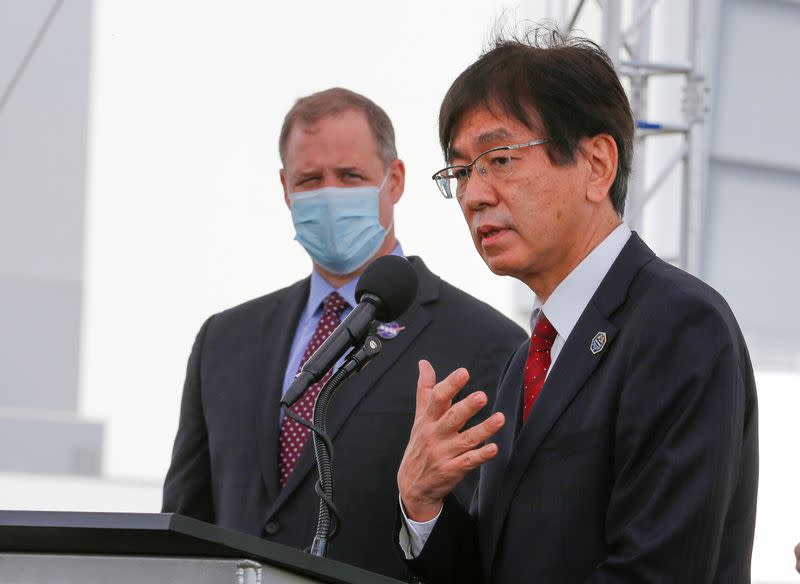 The Crew Dragon capsule, named “Resilience” by its crew, is due to launch atop a SpaceX Falcon 9 rocket at 7:49 p.m. ET on Saturday (0049 GMT on Sunday) from NASA’s Kennedy Space Center in Cape Canaveral, Florida carrying three U.S. astronauts and one from Japan, Soichi Noguchi.

The roughly eight-hour flight to the station will be SpaceX’s first operational mission, as opposed to a test, after NASA officials this week signed off on Crew Dragon’s design, ending a nearly 10-year development phase for SpaceX under the agency’s public-private crew program.

“The history being made this time is we’re launching what we call an operational flight to the International Space Station,” NASA administrator Jim Bridenstine said during a press conference at Kennedy Space Center.

Bridenstine, asked on Friday if Musk will be in the launch control room for liftoff on Saturday, said agency policy requires employees to quarantine and self-isolate after testing positive for the disease, “so we anticipate that that will be taking place.”

Whether Musk came into contact with the astronauts was unclear, but unlikely since the crew has been in routine quarantine for weeks prior to their flight on Saturday.

NASA contracted SpaceX and Boeing in 2014 to develop competing space capsules aimed at replacing its shuttle program that ended in 2011 and weaning off dependence on Russian rockets to send U.S. astronauts to space.

SpaceX’s final test of its capsule came in August, after the company launched and returned the first astronauts from U.S. soil on a trip to the ISS in nearly a decade. Boeing’s first crewed test mission with its Starliner capsule is planned for late next year.