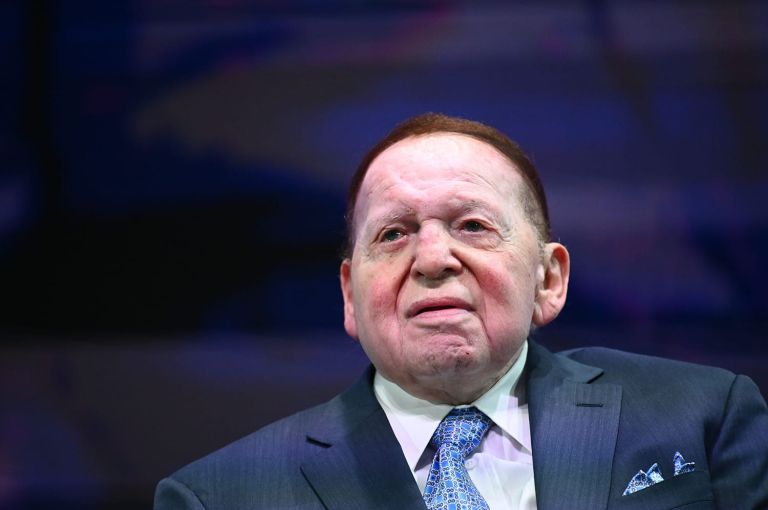 While Sheldon Adelson was best-known for using his billions of dollars to promote right-wing causes, he also played an integral role in growing Las Vegas into a global destination that went well beyond the city’s famed Strip.

It all started with the Sands Expo and Convention Center in the early 1990s. Adelson and his Las Vegas Sands Corp. would eventually turn the property into a new mega-resort called The Venetian, a 35-story hotel featuring 3,036 rooms that debuted in 1999. In the process, he transformed what Vegas meant to the world, including the commercial real estate industry.

Threats noted that prior to Adelson bringing his COMDEX trade shows for the computer industry to Las Vegas in the late 1980s, the city was mainly just a weekend destination. He said the idea of bringing convention business to Vegas was well-ahead of the curve, and more than 2 million square feet of convention space that opened in the city last year prior to the COVID-19 pandemic is a credit to Adelson’s vision.

Adelson, whose net worth Forbes valued at $26.8 billion in April 2020, replicated the casino convention strategy blueprint overseas with the Sands Macao in China and Marina Bay Sands in Singapore, which opened in 2004 and 2010, respectively. He also built the former Sands Casino Resort Bethlehem in Pennsylvania, which opened in 2009.

Stowe Shoemaker, dean of the Harrah College of Hospitality at the University of Nevada-Las Vegas, said that while Steve Wynn was integral in turning Las Vegas into an entertainment destination with integrated resorts at The Mirage and the Bellagio, Adelson helped further boost the city’s image beyond gambling. Adelson’s push for increased conventions had a multiplier effect on the Vegas economy, Shoemaker said.

“By bringing in the convention business that brought in all the great restaurants, it brought in more hotel rooms and really changed the whole nature of the city,” Shoemaker said. “He made it a lot more acceptable to come to Las Vegas for business.”

Shoemaker also credited Adelson with having the foresight to invest in Macao after selling off shopping centers at the Venetian property for around $1 billion. There had been very little development within Macao before Adelson started investing in the little-known island that Portugal transferred to China in 1999.

“He was a very shrewd businessman, and was very entrepreneurial in taking risks and saw opportunities that others didn’t see,” Shoemaker said. “There had always been gaming in Macao, but Mr. Adelson brought in a whole different approach.”

Las Vegas Sands Corp.’s investments in Asian territories resulted in multiple legal challenges for Adelson, including a 2004 lawsuit filed by Hong Kong businessman Richard Suen — who helped Adelson obtain his Macao license through connections with Chinese officials — alleging that the casino magnate had reneged on an agreement to allow Suen to profit from the casino resort investment.

Suen was awarded a $43.8 million judgment in 2008 before the Nevada Supreme Court overturned the decision and returned the case back to the lower court. The jury awarded Suen $70 million when the case was retried in 2013, and the judge added another $31.6 million in interest, to bring the total judgment against Adelson to $101.6 million.

In February 2013, the Las Vegas Sands acknowledged in a Securities and Exchange Commission regulatory filing that it had “likely” violated federal laws that prohibit bribing foreign officials.

Adelson’s empire moved past the scandal, though, and continued to grow in profitability during the decade. It has also weathered the coronavirus pandemic with a healthy balance sheet, reporting a net revenue of $586 million in the third quarter of 2020. Deutsche Bank analyst Carlo Santarelli affirmed a buy rating for the company in a Jan. 7 report.

“Undeniable in scope and scale, Sheldon Adelson’s impact on Las Vegas is impossible to quantify,” Kevin T. Orrock, president of Howard Hughes Corp.’s Summerlin master-planned community in the Las Vegas area, said in a statement. “In business, he led the way to help make Las Vegas a top convention destination, ever-growing his already significant footprint on the Las Vegas Strip.”

It was a long way to Vegas for Adelson, who grew up as the son of Jewish immigrants in Boston’s working-class Dorchester neighborhood. Adelson got an early start in his business career, when his uncle lent him $200 in 1945 to purchase a license for selling local newspapers. He borrowed $10,000 in 1948 from the same uncle to start a candy-vending machine business.

Following a discharge from the Army, Adelson formed a venture selling toiletry kits, which was the first of 50 businesses he created throughout his career. In the late 1970s, Adelson developed the COMDEX trade shows for the computer industry, which helped spur that transformation of Las Vegas into a destination for conventions. He and his partners sold the COMDEX shows in 1995 to Japan’s SoftBank Group for $862 million, with Adelson receiving a share of more than $500 million.

“Sheldon’s larger-than-life imprint on our city and our community will not be forgotten.” Orrock said.

UNLV’s Shoemaker said that Adelson and the Las Vegas Sands Corp. were instrumental in the growth of the university’s Harrah College, with a $2.5 million gift in 2014 that financed construction of its Hospitality Hall and a $5 million donation for the school’s Sands Center for Professional Executive Education. Adelson and his company also helped fund UNLV’s Fertitta Football Complex in 2018, and in 2019, sponsored the UNLV Foundation’s Annual Dinner featuring former President George W. Bush as its speaker.

Hailed and reviled as a Republican megadonor, Adelson gave tens of millions to a number of GOP presidential candidates, including George W. Bush, Mitt Romney and Donald Trump. He also actively supported conservative governments in Israel, including that of current Prime Minister Benjamin Netanyahu.

The Las Vegas Sands’ board of directors tapped Rob Goldstein as acting CEO on Jan. 7, after Adelson took a leave of absence to seek medical treatment. Goldstein had been the company’s president and chief operating officer.

Adelson died Jan. 11 due to complications from non-Hodgkin’s lymphoma at age 87 and was buried four days later on the Mount of Olives in Jerusalem.

“No one shaped modern-day Las Vegas more than Sheldon Adelson,” Mary Beth Sewald, president and CEO of the Las Vegas Chamber of Commerce, said in a statement. “From transforming the convention industry and creating two of Las Vegas’ most iconic resorts, to becoming an international leader in sustainability practices and supporter of the men and women who have served our country in the military, he leaves a legacy that few, if any, will ever match.”