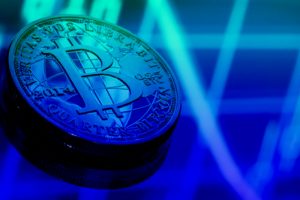 Costa Rica-based online poker operator Winning Poker Network, WPN, has had to buy millions of dollars worth of Bitcoin every day for several weeks now as more and more players have been requesting Bitcoin payouts when cashing out their winnings.

This reflects Bitcoin’s recent price rally that saw the cryptocurrency soar past $18,000 earlier this week. It has jumped around 60% over the past month, bringing back memories of its massive surge in 2017 that saw it hit $19,783 at one point in December 2017 and that preceded a more than 70% price drop in 2018.

WPN Chief Executive Phil Nagy told Bloomberg that they have had to purchase millions of dollars worth of the cryptocurrency every day for weeks now from over-the-counter trading desks to meet the growing demand of their players to withdraw their winnings in Bitcoin.

Mr. Nagy said that Bitcoin requests account for 90-95% of their payouts at the moment and that players are asking for the cryptocurrency because “it’s going up.” He went on that they are “constantly having to go out and buy Bitcoin – lots […]

more than we’ve ever had to before.”

WPN is one of the world’s largest poker operators. The company powers a number of online poker websites that accept players from around the world.

Majority of Players Reside in the US

Mr. Nagy said that even before the recent Bitcoin price surge and the increased demand for the cryptocurrency, WPN has done more than 60% of its transaction volume in Bitcoin, which is about $100 million a month.

If the company pays out around 95% of its player’s winnings in Bitcoin at present, this equates to nearly $160 million worth of the cryptocurrency a month.

WPN and Bitcoin have a long history together. The operator began accepting the cryptocurrency all the way back in 2014. Last year, the poker network set a Guinness World Record for the largest online poker crypto jackpot worth over $1 million or around 106 Bitcoin at the time.

Mr. Nagy said that the majority of their players, around 60%, are based in the US. And given the fact that online gambling, poker included, is legal only in a handful of states, this might explain the enthusiasm for crypto,

In addition, digital assets enthusiasts may be using WPN-powered and other online poker websites to avoid taxes as there is a general perception that US authorities may be finding cryptocurrencies harder to track. Mr. Nagy told Bloomberg that players file their own winnings and losses and that the poker network does not regulate that.

WPN itself does not really hold on to Bitcoin and converts it into fiat as quickly as it can to avoid dealing with the cryptocurrency’s volatility. However, Mr. Nagy said they are sometimes stuck with Bitcoin, particularly when its price drops. In these cases, the operator sees players send it $100,000 or $200,000 in Bitcoin, “because it’s the fastest way to liquidate it.”