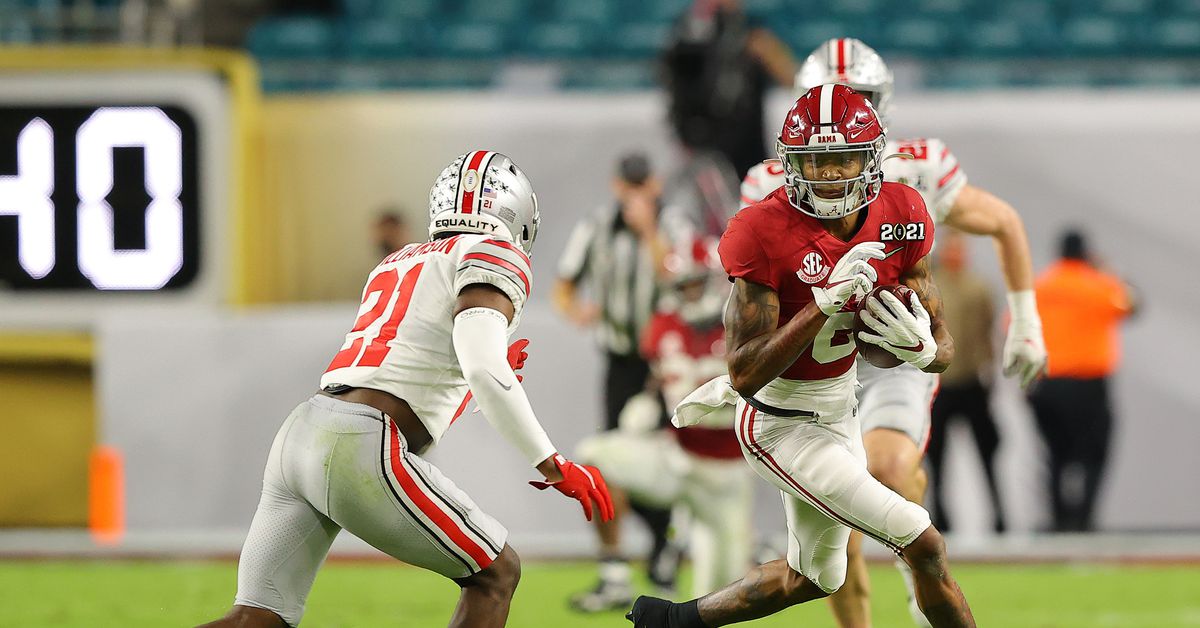 The Alabama Crimson Tide were dominant offensively in the first half, with 389 yards on 9.0 yards per play. And bookmakers think they’ll do enough in the second half to hang on and win their seventh national championship under Nick Saban.

With the score 35-17 at halftime, the Crimson Tide are 6.5-point favorites on the second half line. For Ohio State to stay in it they’ll need to do a better job on Heisman Trophy winner DeVonta Smith, who has 12 catches for 215 yards and three touchdowns in the first 30 minutes of play.

Ohio State has already lost starting running back Trey Sermon to injury on the opening series of the game, and Justin Fields has certainly taken some hits so far. It will be a big climb for the Buckeyes to get back into this game in the second half.