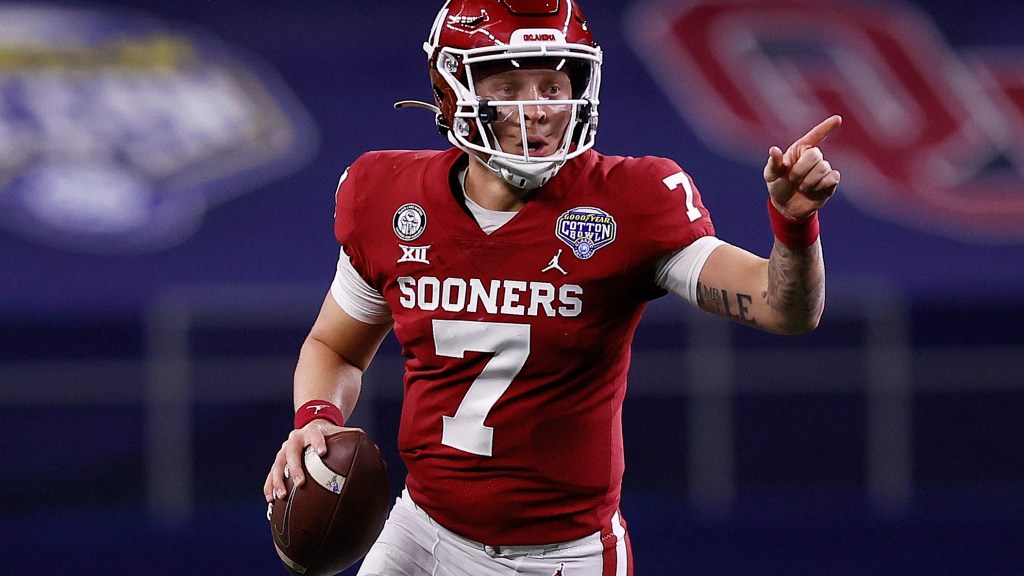 Spencer Rattler couldn’t avoid ridiculously high expectations prior to his debut in 2020, and those have only ramped up ahead of his second season at Oklahoma.

The former five-star quarterback waited a year behind Jalen hurts in 2019 before he was given the keys to the offense in 2020. Rattler had a huge year, living up to the some expectations placed upon him before the season.

The top quarterbacks from the 2020 season are heading off to the NFL, opening a door in college football for the next crop of quarterbacks. Rattler is one of them, if not the one.

Oddsmakers agree, and the Oklahoma quarterback is the betting favorite to win the Heisman next season, per BetMGM

The 2020 Heisman race was the first an Oklahoma player didn’t receive Heisman votes since 2014. Baker Mayfield did so in 2015 before heading to New York in 2016 and 2017 before taking home the trophy his final season for the Sooners. Kyler Murray won it in 2018 and Jalen Hurts was also in New York for the Heisman Trophy presentation in 2019.

Oklahoma is currently one of the top teams heading into the 2021 season and Rattler will be a huge reason for that.