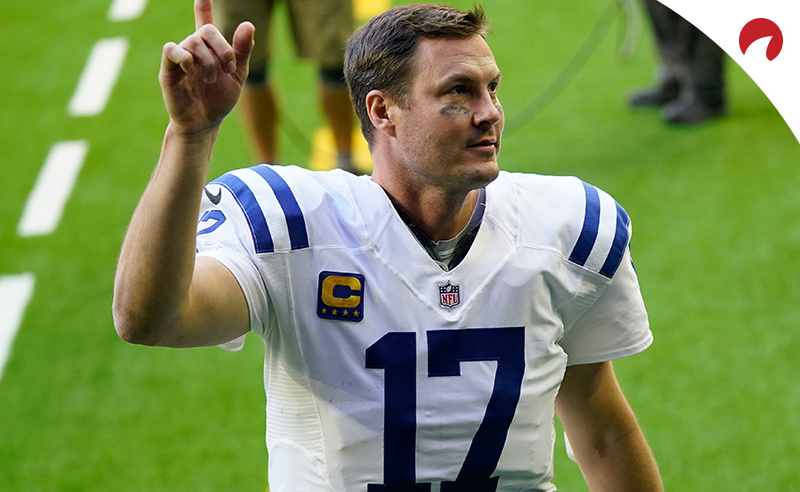 Last year, was the first time in 16 seasons that Philip Rivers was playing in the NFL but not for the Los Angeles Chargers. The Chargers moved on from Rivers who then signed a one-year deal with the Indianapolis Colts. Rivers led the Colts to a playoff berth, only lose to in heartbreaking fashion to the Buffalo Bills in the Wild Card Round.

Bovada has favored the odds on if Philip Rivers will retire at No -220 and Yes coming back at +155.

Odds as of January 14 at Bovada

Why Philip Rivers Will Retire

In seventeen seasons, Philip Rivers has been the guy under center for whatever team he played for. Despite a solid season in 2020 where he accumulated 4,169 points and threw for 24 touchdowns to 11 interceptions, I don’t think the Colts will bring Rivers back as a starter. So the question becomes would he accept a backup position? There are three scenarios that could play out here so let’s examine them.

The first scenario is that the Colts, who drafted Jacob Eason out of Washington in the 4th round of last year’s NFL Draft will become the starting quarterback. Eason was the third quarterback on the depth chart behind Rivers and Jacoby Brissett. Now that he spent a season learning from the elder statesman Rivers, Eason might be ready to take the next step and assume the starting role position. If Eason is anointed the guy in Indianapolis, would Rivers be willing to take a backup role to help mentor him, and just like Ryan Fitzpatrick did in Miami, come in for him if he struggles?

Another scenario sees the Colts trading for Carson Wentz or another quarterback that is on the market which no doubt would see Rivers on the outside looking in.

Will Another Team Grab Rivers?

The final scenario sees Rivers signing with another team, which to me just seems unlikely. Rivers signed a one-year deal worth $25 million dollars. Even on a short deal that is a ton of money for a team to invest into a quarterback who will turn 40 at the end of the year. Unlike other 40-year old quarterbacks like Tom Brady and Drew Brees, Rivers has lost a lot of the zip on his throws.

There are arguably three teams that will be looking at getting a new quarterback and one of them is going to draft Trevor Lawrence first overall. This means the New England Patriots and the Washington Football Team, are really the only ones that will be in need of a quarterback. Would either of those teams take a flyer on Rivers at this point in his career? Probably not but it’s not out of the realm of possibility.

I think Rivers will have to see how the whole off-season plays out and if guys like Deshaun Watson, Jimmy Garoppolo and Tua Tagaovailoa get moved to decide on retirement. If Rivers does retire he will have played 17 seasons without winning a Super Bowl. However, his 63,440 yards is fifth most time behind Brett Favre, Peyton Manning, Tom Brady and Drew Brees, and that in itself is worthy of Hall-Of-Fame status.