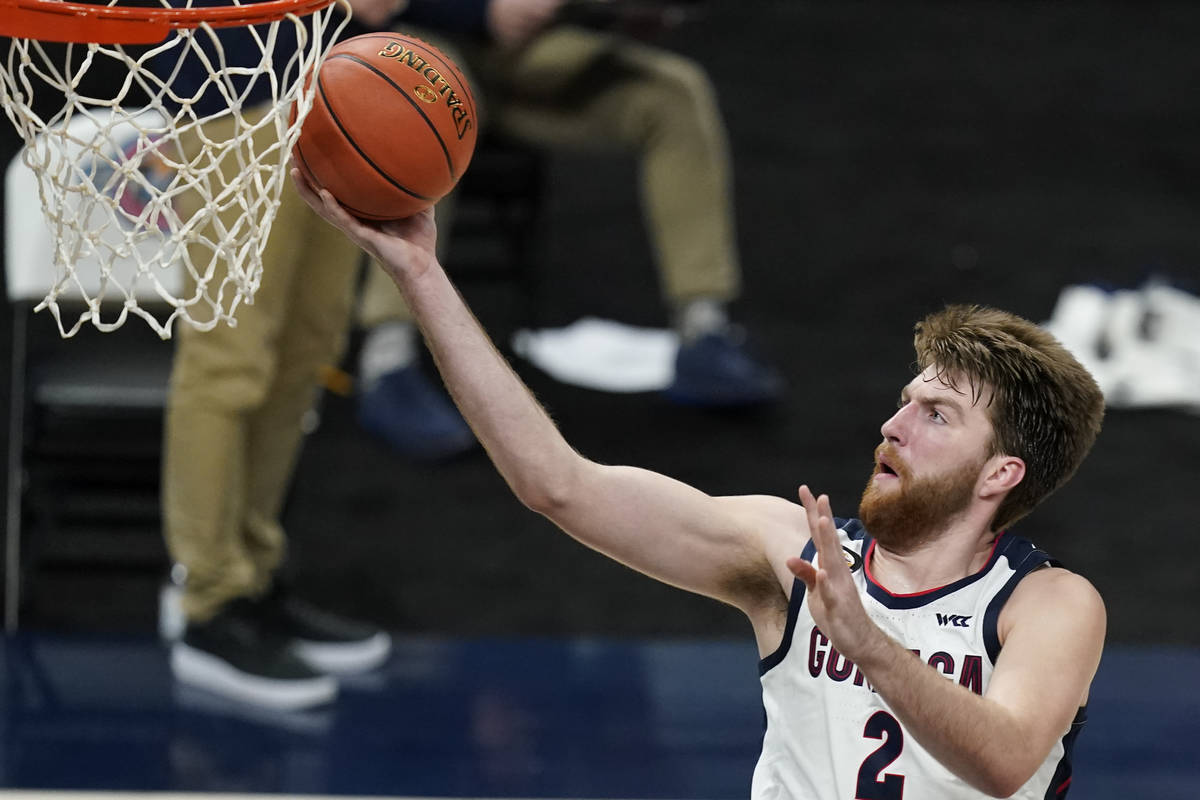 The experts agree that Gonzaga is the top college basketball team in the country. Saturday could show how far the Bulldogs are ahead of the pack.

Circa Sports on Thursday opened the No. 1-ranked Bulldogs as 3-point favorites over No. 2 Baylor in Saturday’s game at a neutral site in Indianapolis and quickly moved to -4. The total is 163½.

Circa sportsbook director Matt Metcalf said he has Gonzaga rated two points higher than Baylor but opened at -3 in anticipation of action on the Bulldogs.

“I tacked a point on,” he said via text message. “It just felt light.”

The line moved to 4 shortly thereafter.

The Bulldogs and Bears are widely considered the top teams in the country, in that order. They’re Nos. 1 and 2 in The Associated Press rankings, in the respected power ratings of Ken Pomeroy and Jeff Sagarin and in Metcalf’s ratings at Circa.

“It’s them, then no one else close,” Metcalf said.

Baylor crushed Louisiana (Lafayette) 112-82 and Washington 86-52 in Las Vegas before pulling away from No. 5 Illinois 82-69 on Wednesday in Indianapolis.

Gonzaga’s strength is reflected in Circa’s futures market. The sportsbook offers yes/no props on most major sports, meaning bettors can wager that a team won’t win a title in addition to betting that it will. That prevents the book from cutting the “yes” prices too sharply, since that opens it up to taking a “no” bet at lower odds as well.

Even with that two-way market, Circa has the lowest price among Las Vegas sportsbooks on Gonzaga to win the title at +295 (no -400). Boyd Gaming has the best price at 5-1.

Neither Gonzaga nor Baylor has won the national title. The Bulldogs lost in the title game in 2017.

Baylor’s prices range from 6-1 at Circa to 10-1 at the Westgate and the Golden Nugget.

— Texas has moved up from No. 9 in the preseason to No. 4 in Pomeroy’s ratings at kenpom.com. The Longhorns (4-0) won the Maui Invitational, played this year in Asheville, North Carolina, on Wednesday by defeating North Carolina 69-67.

The Longhorns, 17th in the AP rankings, host No. 12 Villanova (2-1) on Sunday. Kenpom projects Texas as a 1-point favorite over the Wildcats (No. 3 at kenpom).

— UNLV is 0-4, but the Rebels covered the spread for the first time this season as 6½-point underdogs in a 77-73 loss to Davidson at the Maui Invitational on Wednesday.

Kenpom projects UNLV as only a 2-point underdog Saturday at Kansas State. The Rebels are No. 146 in the kenpom ratings; Kansas State is 141.