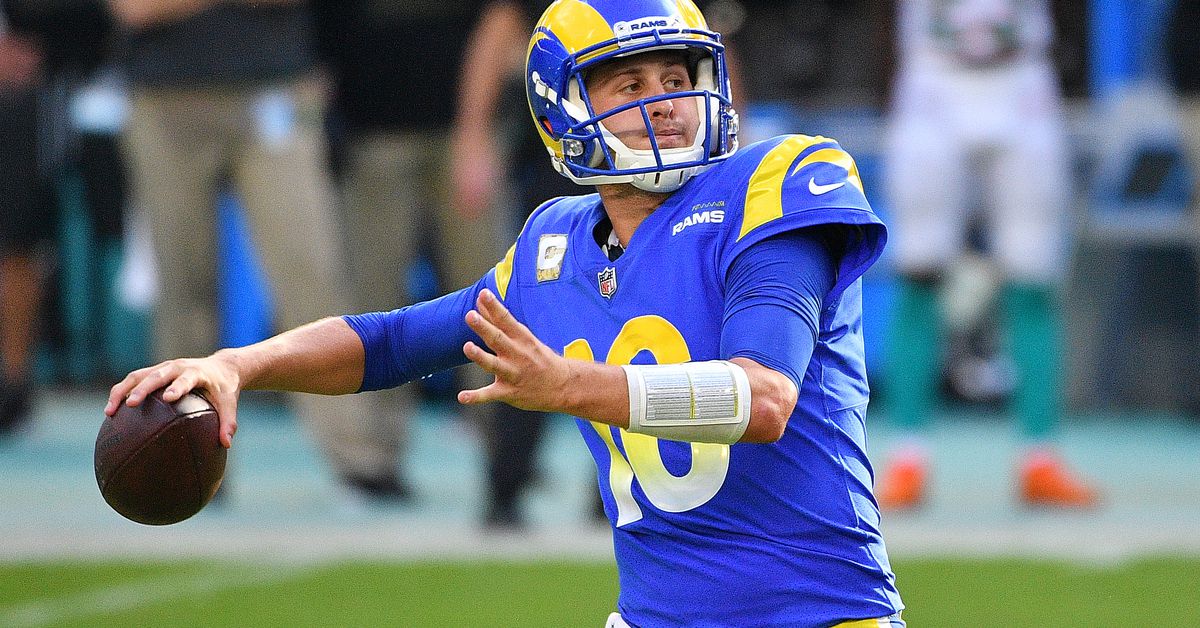 No one cares about the intro to an article. So just go ahead and read what I wrote below for Week 10.

The Packers are favored for the seventh time this season and are 4-2 ATS in those situations. The Jaguars will have quite the matchup to overcome, although their offense was humming in Week 9 against the Texans with Jake Luton ($5,400), who’ll be under center for a second week. In that game, Luton completed 26-of-38 pass attempts for 304 yards with a touchdown and an interception. He did run in for a touchdown, as well, giving him 25.46 DKFP in the process. He’ll have a much tougher matchup against the Packers, but if Week 9 was any indication, Luton is a solid bump to this offense.

From a betting perspective, the Jaguars have not been a good team as underdogs, going 3-4 ATS while failing to cover by an average of -1.5 points. Meanwhile, the Packers are 6-2 ATS overall, covering by an average margin of +3.1 points. It feels like an extremely daunting task for this Jaguars defense to try and stop the Packers on offense, which is one of biggest reasons the Packers are being backed so heavily.

This one is shaping up to be a barnburner. It’s jumped from it’s original opening line of 53 points, steadily increasing ever since. Despite two good offenses, we’ve seen a major difference in these teams hitting the over. The Bills enter this game at 6-2-1, while the Cardinals are one of the worst with hitting the over at 2-6. Nonetheless, this is going to be a very popular game to target from a daily fantasy standpoint.

Receny bias is going to put the Bills offense in a popular position as they dropped 44 points against the putrid Seahawks defense. The Cardinals, defensively, are a much more competent unit, allowing an average of just 22.5 points per game — which is one of the best in the league. With that said, it’s hard to ignore the matchup for Stefon Diggs ($7,500), who should draw CB Patrick Peterson. In coverage, Peterson has been targeted against 44 times allowing 27 receptions (61.4% catch rate) for 383 yards (14.2 YPR) and a touchdown. With Diggs soaking up 29.3% of the team’s targets, which is head and shoulders above the rest, he’s in a great spot.

Of course, we can’t ignore the Cardinals’ side. With a team total of 29.5, they’re tied with the Saints for the second-highest on this slate. The Bills are a team you can run on and that’s good news for Kyler Murray ($8,000), who is averaging a ridiculous 68 rushing yards per game with eight total touchdowns on the ground. We’ve seen four quarterbacks run for at least 20 yards against this team, highlighted by Cam Newton’s 54 yards and Ryan Tannehill’s 42. Like Diggs, DeAndre Hopkins ($7,700) is a volume monster in this offense, drawing 29.1% of the targets. He’ll have the task of facing CB Tre’Davious White, who had a tough game against the Seahawks. White was targeted against eight times allowing four receptions for 120 yards and a touchdown.

Quarterback to build around

Jared Goff, Los Angeles Rams vs. Seattle Seahawks, $6,500 — We have a number of really, really good options to use at quarterback, but I can’t ignore Goff going up against the Seahawks. They’ve allowed opposing quarterbacks to average 30.4 (!) DKFP and 372 passing yards (!) per game, with 16 total touchdowns thrown. Now they’ll square-off with Goff, who shouldn’t face much of a pass rush and has an 84.2% adjusted completion percentage with 11 of his 14 touchdowns thrown with a clean pocket. We all know Goff is one of the worst QB’s when dealing with pressure, but the Seahawks rank near the bottom of the league in that category. In what is expected to be a high scoring game, Goff is only the seventh-most expensive quarterback.

Wide Receiver To Pair Him With

Cooper Kupp, Los Angeles Rams vs. Seattle Seahawks, $6,900 — Kupp is currently listed as questionable with a oblique injury, but Coach Sean McVay has expressed confidence that Kupp will be able to go on Sunday. With the Rams on a bye last week, it’s easy to forget that Kupp was targeted 20 times against the Dolphins in Week 8, which he turned into 11 receptions for 110 yards and 25.0 DKFP. This week, he should see CB Ugo Amadi in coverage, who has allowed 21 receptions on 28 targets for 196 yards. Truly, all the Rams receivers are in a great spot against this secondary, but with Kupp drawing a team-leading 26.2% of the overall targets and 17.2% of the red zone targets, he’s the one I would prioritize.

Top Running Back To Consider

Aaron Jones, Green Bay Packers vs. Jacksonville Jaguars, $7,100 — Not only are the Packers massive favorites over the Jaguars, but Jacksonville’s run defense is also a major concern. Two boxes to check off for Jones, who is the third-most expensive back on the slate. Jones has handled 27.5% of the Packers’ total touches and has at least 15 carries in five of the six games he’s been active. Now he faces a Jaguars run defense that’s allowing an average of 98 rushing yards and 44 receiving yards to opposing RBs. If this game plays out like we think, Jones should easily see 20-plus touches in a good matchup.

For sports betting, head over to DraftKings Sportsbook or download the DK Sportsbook app.