Nebraska may become one of the next states to embrace gambling. There has already been substantial discussion on the subjects of casino expansion and legalized sports gambling, with several bills introduced earlier this year to the state legislature. If lawmakers wanted to know what the public opinion on the topics is, they only need to look as far as the “Keep the Money In Nebraska” campaign, which is a citizen-led effort to bring casinos to the Cornhusker State. The group handed over to state lawmakers yesterday three ballot measures that they hope will make it onto this November’s ballot, and which are backed by around 475,000 signatures. 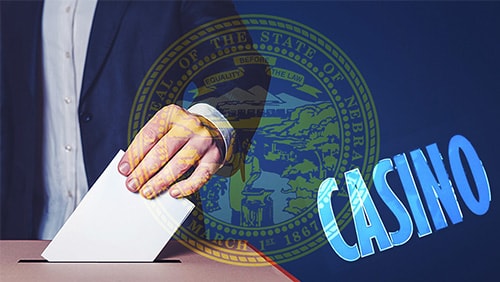 One of the three measures addresses a necessary amendment to the Nebraska Constitution to allow casinos to pop up at the state’s horse tracks. The second is just as important, paving the way for the creation of the Nebraska Gaming Commission (NGC) to oversee the gambling activity and the third sets the criteria for how taxes could be implemented on casino offerings. Backed up by close to a quarter of the state’s residents, there is more than enough public support for lawmakers to take the initiatives seriously.

The Keep the Money In Nebraska campaign was launched by Ho-Chunk, Inc., a development group established by the Winnebago Tribe of Nebraska and supported by the Nebraska Horsemen’s Benevolent and Protective Association. Lance Morgan, the president and CEO of Ho-Chunk, is excited about the possibilities the signature-gathering effort is demonstrating and states, We’re thrilled. We worked super-hard to do this. We’re hoping that the people’s voice gets to be heard.”

The campaign’s name comes from the obvious – state and local governments are losing out on important tax revenue as gamblers cross state lines to wager. Regardless of any personal like or dislike of gaming, gamblers are going to gamble no matter what – legally or illegally. As soon as legislators realize this, they can push for legalized gambling and capture a part of the more than $150 billion that they have been missing.

Now that other states have begun to legalize gambling, Nebraska can only watch as state residents head outside of its borders to place their bets. Morgan adds, “All that money is seeping into other jurisdictions. It’s about time that money stayed in Nebraska. We have done polling, and 64 percent of people we ask support it.”

An economic study that the campaign put together demonstrated that Nebraska could see as much as $325 million in annual gaming revenue, and state and local governments could enjoy $65 million in tax revenue that is currently missing. In addition, gambling expansion could bring over 4,600 new jobs, helping to bolster the state’s economy even more. More than ever, states have to be autonomous and need to pull revenue from all sources available.

The success of the signature-gathering efforts can’t be ignored. The constitutional question needed 122,000 signatures and the other two needed 82,000 each. However, Keep the Money In Nebraska received 211,000 for the constitutional amendment and over 130,000 for each of the other two. While the signatures still have to be verified by the Secretary of State’s office, the questions could make an appearance on this November’s ballot if everything goes according to plan. If it doesn’t, Nebraska will simply have to continue to suffer and watch as it loses more revenue to Iowa and other states where gambling expansion has occurred.