After the Minnesota Timberwolves selected Anthony Edwards with the first pick of the 2020 NBA Draft, the Timberwolves should likely see improvement in the standings.

But will they improve enough to be a better pick against the spread in the 2020-21 NBA season? According to historical data, the numbers indicate the Timberwolves will improve their ATS record year over year.

Odds Shark has one of the most expansive betting databases in the world with NBA ATS records dating all the way back to 1994. After we ran this same experiment for the NFL draft and saw teams consistently improve year over year, we went back and looked at every NBA team that got the No. 1 overall pick in the draft and found 65.4 percent of teams saw an ATS winning percentage increase from the previous season. That’s 17 of 26 teams with an improved spread record!

In fact, teams with the first overall pick since 1995 saw an average ATS winning percentage increase of 3.1 percentage points from the previous season.

Here are all the ATS records for each NBA team that picked first overall in the draft and how it fared the following season: 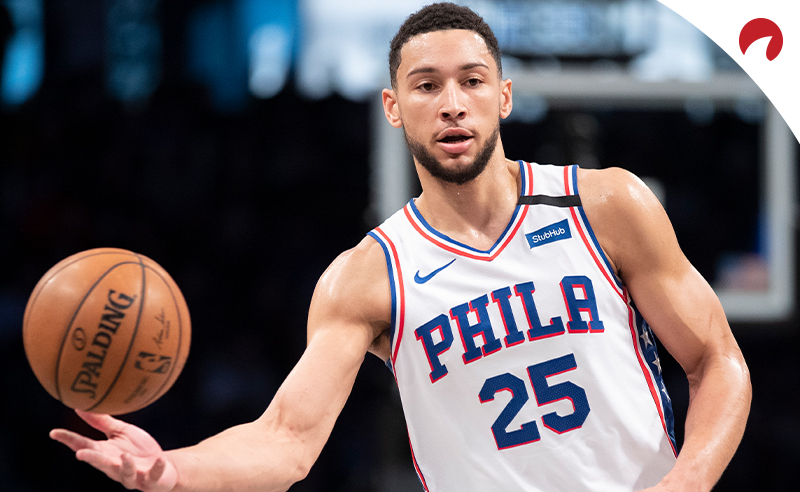 When you first think of the 2016-17 Philadelphia 76ers, you immediately start to think of “Trust the Process.” The Sixers ended up drafting Ben Simmons with the first overall pick in the 2016 NBA Draft and I know your first instinct is to say “of course they’d improve,” but Simmons actually missed the whole season due to a foot injury.

That’s why it’s kind of shocking to see the Sixers have the biggest year-over-year ATS record improvement since 1994 with a winning percentage increase of 14.8 points. Philly was without arguably its best player for the entire season and center Joel Embiid had his own foot issues that year and only played 31 games. The Sixers went on to go 49-32-1 ATS that season as books continued to undervalue them with large underdog spreads without their future all-star duo.

A lot of young ones may not remember the San Antonio Spurs before they drafted Tim Duncan with the first pick but their 1996-97 season was a bit of a disaster. The Spurs finished the season 20-62 SU without all-star center David Robinson and were 32-49-1 ATS. Well, when you end up drafting arguably the greatest power forward of all time in Duncan, the team is obviously going to improve. 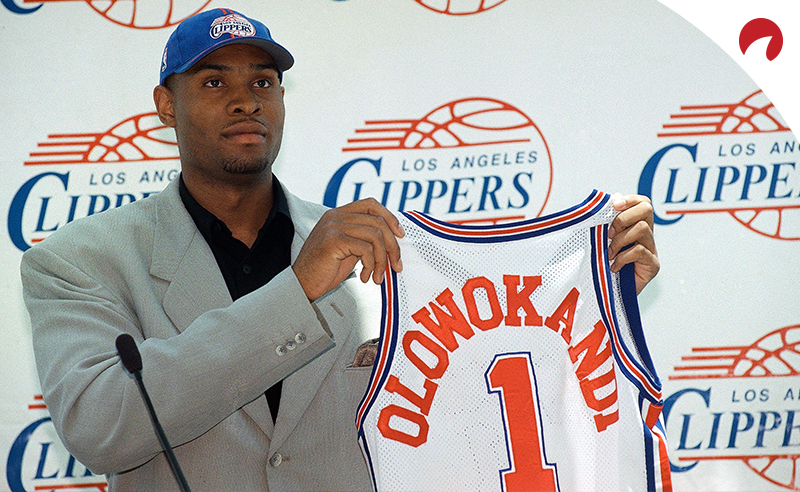 With arguably the biggest bust in NBA draft history, it’s fitting the Los Angeles Clippers own the distinction of the biggest decrease in ATS win percentage year over year after drafting center Michael Olowokandi with the top pick. The Clippers had covered the spread in 50 percent of their games with a respectable 40-40-2 ATS record in the 1997-98 season and the future was looking bright for the Clip Show with the idea of getting the Kandi Man.

Little did they know that Olowokandi was not coordinated enough to be a basketball player coming out of Pacific University and the Clippers suffered mightily from it with an ATS record of 21-29 for a decrease of 8.2 percentage points.

The team of my youth, the Chicago Bulls have the second-worst ATS record decline after drafting first overall. The Bulls are just behind the Clippers with a decrease of 8.1 points in ATS winning percentage from the previous season. There are two obvious reasons for why this happened.

The first reason is the 1998-99 Bulls team still had a few players from the squad that was featured in The Last Dance documentary and had won the NBA championship the year before. Although the team turned in a horrendous 13-37 SU record, the squad still finished with a decent spread record at 26-24 ATS in 50 games.

The second reason is the Chicago Bulls were such a public team at that time and drafting Elton Brand, who was a stud at Duke, only furthered the narrative that the Bulls were coming back to prominence. Sportsbooks would’ve likely made them favorites in games they shouldn’t have been or lesser underdogs against better teams that went on to crush them.

The rebuild dream was quashed quickly in the 1999-2000 season when the team finished 17-65 SU and 36-46 ATS. Brand was moved the following season, coincidentally to the Clippers, and the Bulls didn’t draft first overall again until 2008, when they selected hometown hero and eventual NBA MVP Derrick Rose.