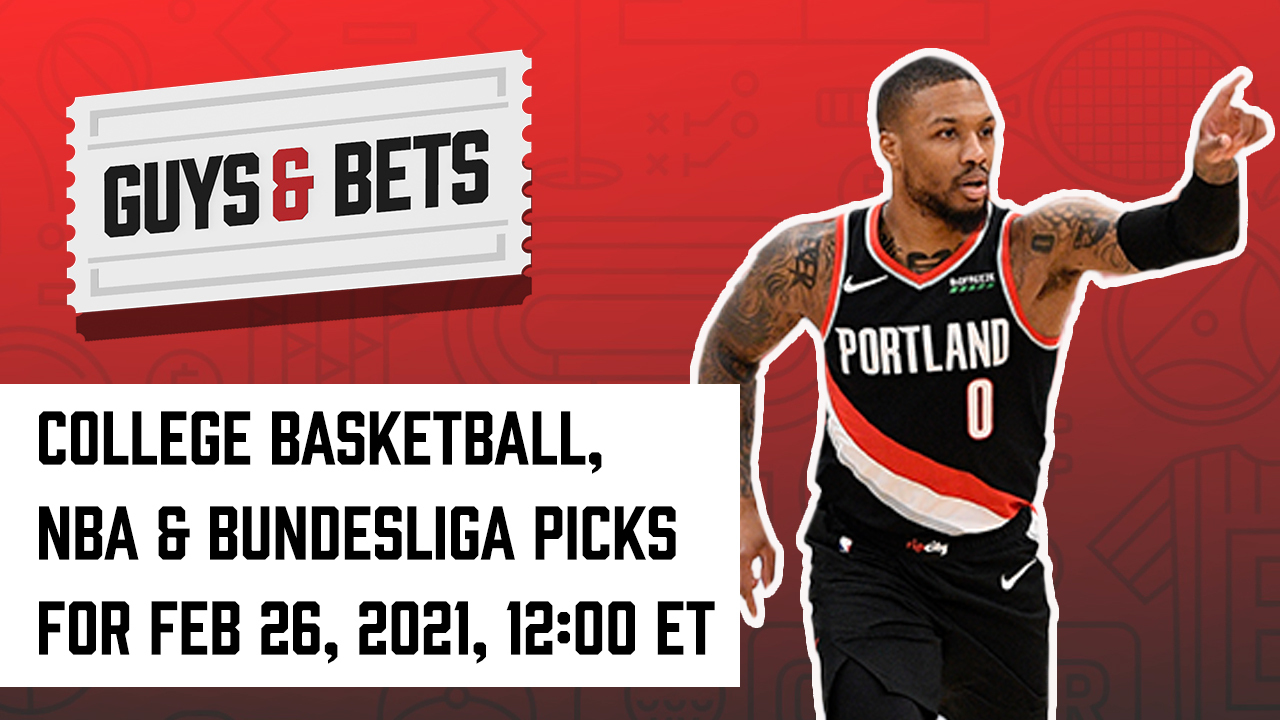 We’ve got a typically large Friday show in store as Joe, Iain and Ninja hit up some NBA, college basketball and Bundesliga plays.

Joe has three picks in the Association and he starts off with a Deandre Ayton prop as the Phoenix Suns are in the Windy City to take on the Chicago Bulls. The Suns’ big man has played in all of the team’s 31 games, which is a good sign after he missed some time last season. Though Ayton is averaging 4.2 fewer points per game this season, this could be a good spot to look at his OVER/UNDER for points.

It’s a good-looking showdown in the Western Conference as the Portland Trail Blazers face the Los Angeles Lakers. Each team is coming in cold with the Lakers losing four straight and the Trail Blazers losing three straight. Joe is looking at the first-quarter line, one of his patented bets. The data is really backing a side in this game.

John Wall and the Houston Rockets will tip off against the Toronto Raptors and Joe is looking at Wall’s points total. Things are falling apart for the Rockets as they’ve gone 1-9 in their last 10 games. Nevertheless, Wall is having a solid comeback season, averaging 20.1 points and 6.1 assists. The Raptors can be generous to opposing guards and have had some struggles defending the three.

Over in Bundesliga play, Werder Bremen hosts Eintracht Frankfurt and that’s where Ninja is going for his bet. Frankfurt sits in the fourth spot in the Bundesliga, five points clear of Bayer Leverkusen for the final position for Champions League qualification. Led by Andre Silva and his 18 goals, Frankfurt has put together seven consecutive wins in league play. Werder Bremen occupies the 12th spot and is coming off a 4-0 loss to Hoffenheim. It’s a moneyline for Ninja on this match.

On to college hoops and Iain’s looking to the A-10 as the Saint Louis Billikens host the Richmond Spiders. The Billikens have won their last three home games and are led by their senior guard combo of Javonte Perkins and Jordan Goodwin. There is a major mismatch on the boards in this one, along with a few other stats that Iain has to back his bet.

Iain’s next bet is in Conference USA as the UAB Blazers hit the hardwood against the UTSA Roadrunners. UAB came out of the gates on fire this season, going 16-2 until recently dropping back-to-back games against Louisiana Tech. The Blazers currently sit at 18-5 and possess a guard-heavy lineup led by Tavin Lovan and Michael Ertel. The Roadrunners had won four in a row before having their last two games postponed. Jhivvan Jackson leads the way for UTSA with 20.4 points per game.

We have a major showdown here in the Western Athletic Conference as the Grand Canyon Antelopes are on the road against the Seattle Redhawks. Grand Canyon had won nine in a row before dropping its last game to California Baptist 65-62. For the Antelopes, Danish seven-foot senior Asbjorn Midtgaard is their catalyst, putting up 14.5 points per game to go along with his 10.2 rebounds. His size should be a problem for Seattle and Emeka Udenyi, who will most likely be tasked with guarding him.