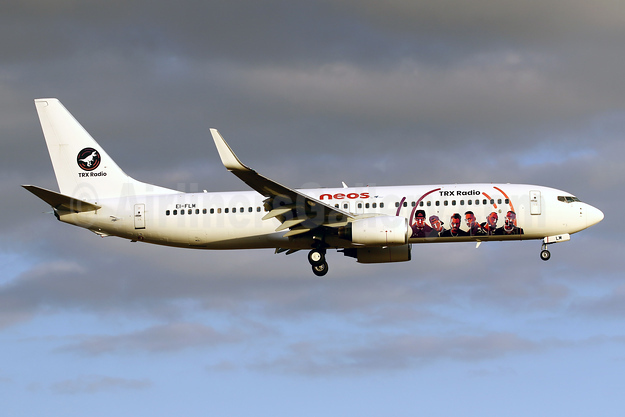 TRX Radio is a project designed to target the Millennials and Generation Zs.

The project was born as a web radio station via apps.

For the launch, TRX Radio is being supported by Neos, the airline of the Alpitour Group, with which there has been a consolidated collaboration for several years.

To celebrate the birth of the web radio station, one of the Neos planes wears this special livery, which depicts the six TRX rap ambassadors: Ensi, Fabri Fibra, Marracash, Salmo, Gue Pequeno and Clementino.

The destinations reached by the Boeing 737-800 registered as EI-FLM and named “Arsago Seprio” with the TRX livery are: the Red Sea, Canary Islands, Israel, Balearic Islands, Greece, Sicily and Sardinia.

The pace of TRX Radio will also be heard on board, with an ad hoc playlist with a rap and trap style that will accompany passengers throughout the flight.