As the highly anticipated fan interaction platform UNIVERSE is nearing its official launch, MONSTA X and Kang Daniel have revealed themselves as the first to release content in its UNIVERSE ORIGINAL.

Both artists, according to NCSoft and its entertainment subsidiary Klap, will be the first artists to release original and exclusive content on the K-Pop fan interaction platform. Teaser videos and posters for their upcoming original series. 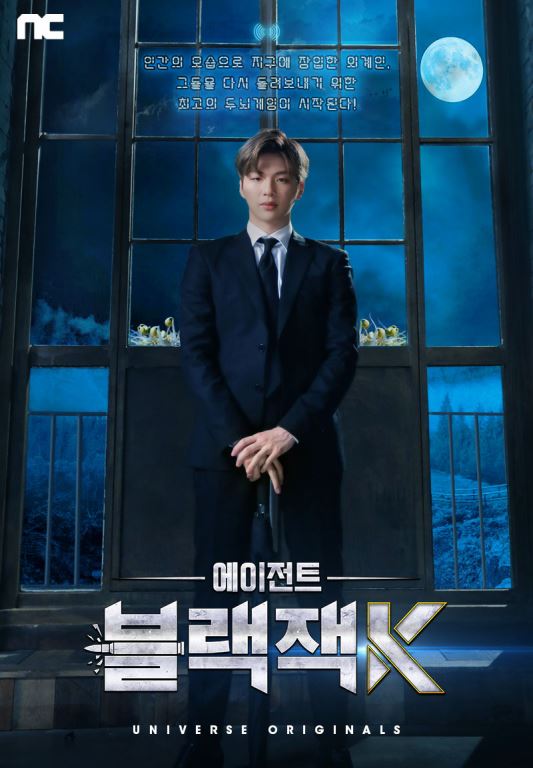 The solo singer-songwriter Kang Daniel becomes the thrillingly charming ESC Secret Agent K, the lead in the upcoming series “Agent Blackjack K.” In the 34-second teaser, Kang Daniel is shown in a pair of contrasting concepts: one is in a dark room where he is shown wearing a formal suit and the other in a white office-looking setting, where his bespectacled version wears more casual clothing.

“To keep the peace of the Earth, Agent K is set on a secret mission,” the Korean caption stated. Additionally, the poster for the upcoming show provides more detail on its premise. “Aliens have infiltrated the Earth, disguising as humans. The greatest mind game starts to send them back!” 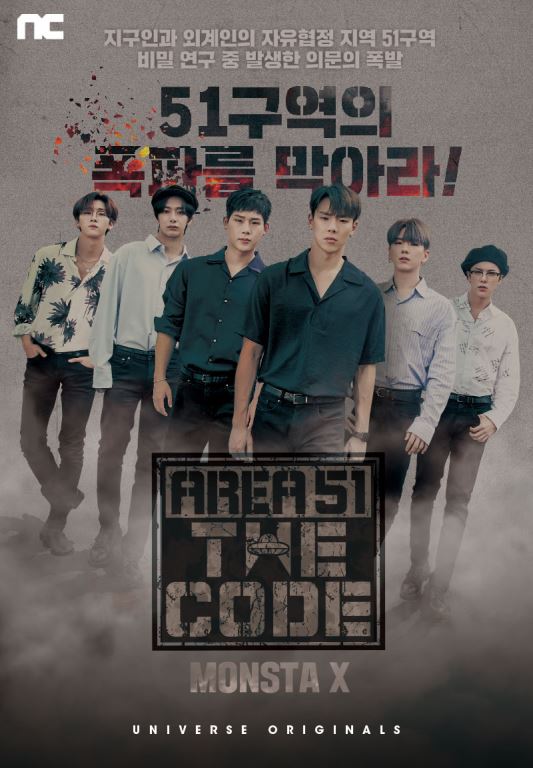 As for the six-piece boy group under Starship Entertainment, MONSTA X will be headlining the program “Area 51: The Code.” Set in September 1989 in Korea, the secret facility “Area 51” covers the area designated in the so-called “Alien – Human Freedom Agreement.” As an explosion causes chaos in the UNIVERSE, MONSTA X – Shownu, Minhyuk, Kihyun, Hyungwon, Joohoney, and I.M. – is sent back in time to change the past as “ESC’s chosen private investigators. The six must all travel back to 1989 and stop the explosion from happening.

A little over a minute long, the teaser shows the abandoned facilities the members must investigate. The tasks done varied by the members range from climbing an inflatable tower to looking for clues inside a room. The teaser ends with an explosive twist that left the members shocked.

“The area of the Freedom Agreement between humans and aliens. A suspicious explosion occurred in the middle of top-secret research. Prevent the explosion in Area 51!” the poster read. See the trailer for “Area 51: The Code” below:

Aside from MONSTA X and Kang Daniel, Klap has also announced that there will be a total of 11 artists who will be creating exclusive content in the fictional UNIVERSE. Once “Agent Blackjack K” and “Area 51: The Code” has been released, new episodes are expected to air every week – with each show planned to run for ten episodes.