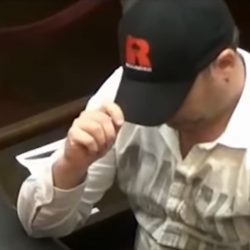 The scandal involving Mike Postle and his alleged cheating on the Stones Gambling Hall poker livestream continues. And there is no end in sight.

This delay – as with most of the others – is by the hands of Postle himself. He filed a lawsuit in October 2020 against 11 named defendants and potentially up to 1,000 others for $360M (or more) in damages. He alleged defamation, trade libel, and emotional distress, among other charges, against the likes of ESPN, PokerNews, Daniel Negreanu, and Veronica Brill.

But little more than two months later, Postle’s attorney, Steven T. Lowe, Esq., filed a motion to be relieved as Postle’s counsel. He claimed his client failed to comply with their agreement and ceased all communications. Another 2.5 months later, Postle filed his own motion with the court to continue the case that had been scheduled for a March 18 hearing.

Why? He is still “interviewing new counsel.”

We offered up a timeline of the original court case in December. It was the one that started it all, the one in which Veronica Brill and dozens of other plaintiffs sued Postle, Stones Gambling Hall, and employee Justin Kuraitis in the US District Court in the Eastern District of California. That case began in September 2019 and ended in late 2020 with a reportedly small settlement for 60 of the plaintiffs, excluding Brill.

For months, Veronica Brill had resisted mentioning her suspicions about Mike Postle’s success. Then, one hand struck her as so fishy that she could no longer keep quiet https://t.co/CuOoMNGTRo

Just when the poker community thought Postle would fade into the past, he filed a defamation lawsuit in the Superior Court of California Sacramento on October 1, 2020.

The defendants were named as:

Postle claimed that, prior to the events specified in the lawsuit, he enjoyed a “positive reputation, both generally and in (his) occupation” as a poker player. And he sought damages and injunctive relief on the following claims:

Claim 1: Defamation – Libel Per Se (for negligent, reckless, and/or intentional publications of defamation) for $300 million in damages

Claim 2: Defamation – Slander Per Se (for false and defamatory statements to poker and gambling communities and general public) for undetermined damages

Claim 3: Trade Libel (for publishing false and defamatory statements on the world wide web to disparage Postle’s personal and professional reputations) for $30 million in damages

Claim 4: False Light (for engaging in a campaign to damage his reputation and portray Postle as a bad actor in poker and gambling communities) for $30 million in damages

Claim 7: Intentional Infliction of Emotional Distress (for engaging in campaign of extreme and outrageous conduct to destroy reputation) for undetermined damages

For those who skimmed through this or the long, sad complaint, Postle wants $360 million plus whatever damages the court deems proper through evidence presented at trial.

Postle demanded a trial by jury and seeks $360M in damages plus more, if the court deems it so.

By December 8, the court documents included a motion by Postle’s original attorney in the case, Steven T. Lowe, Esq. He wanted to be relieved as counsel because he hadn’t been able to reach Postle since November 3 and could not confirm his phone number, postal address, or email address.

Has anyone seen or heard from Mike Postle since December?

His lawyers say that they have not heard from him at all.

As of the most recent filing on February 24, Postle claimed to be “interviewing new counsel and needs guidance to answer the opposition.” But then he stated, “Additionally, the plaintiff has just retained an organization specializing in internet based First Amendment and defamation issues.”

Did he find counsel or not?

The first defendant to reply to Postle’s lawsuit was Todd Witteles. His attorney filed a motion to strike the complaints on two grounds:

-1. Postle’s complaint and causes of action are invalid because of Witteles’ right of free speech under the US and California Constitutions.

-2. Postle cannot establish a probability of winning the case.

Witteles used the Anti-SLAPP statute as the basis for his arguments. The anti-SLAPP statute in California law allows defendants to oppose a complaint based on the “right of petition or free speech under the US or California Constitution in connection with a public issue.”

His accompanying documents describe Postle as cultivating a public following via his livestreamed poker games, and the story about alleged cheating became a matter of public record to a large audience. Witteles described the “frivolous lawsuit” as an infringement upon free speech. And he said the “meritless lawsuit” was an attempt by Postle “to better his own public image.”

On January 13, Brill filed her own motion to strike the complaint via the Anti-SLAPP statute. She based her motion on three grounds:

-2. Brill’s statements about Postle pertained to an issue of public interest.

-3. Postle is not likely to prevail on his claims.

Brill alleged that her claims that Postle cheated were validated and investigated by others in the poker industry, and Postle sought to punish her for calling him out. “This is a SLAPP suit meant to silence her and other critics.”

Update on the postle case https://t.co/3lA33vqf5Z

Time and More Time for Postle

The original hearing for Witteles’ motion was February 10, and Brill’s hearing was set for February 11. Meanwhile, Postle had yet to retain a replacement attorney.

Postle then filed his own motion to continue the hearings even further:

“Michael Postle will, and hereby does, move for an order continuing the trial and mandatory settlement conference, reopening discovery until 30 days prior to the new trial date, and referring this matter back to the case management program for trial setting.”

Postle goes on to note the aforementioned confusing statement about interviewing new counsel but also having retained an organization specializing in First Amendment and defamation issues. He also noted that “substantial discovery remains to be completed,” and he cannot prepare in time.

Postle went on to summarize his case. In the legal argument section, he decided it was a good idea to capitalize for emphasis. “GOOD CAUSE EXISTS FOR CONTINUANCE IN THAT PLAINTIFF IS SEEKING NEW COUNSEL, AND SUCH NEW COUNSEL WILL BE UNABLE TO ADEQUATELY PREPARE WITHOUT A CONTINUANCE.”

Yelling at the court doesn’t seem like a good idea, but I am certainly no attorney.

He went on to say, “Previous counsel excused themselves due to a lack of experience in online defamation.”

It seems that the court will likely approve the continuance motion, but that remains to be seen.

Disclaimer: This author is not a lawyer and has virtually zero qualifications to analyze legal documents or arguments. Nevertheless, she persists.