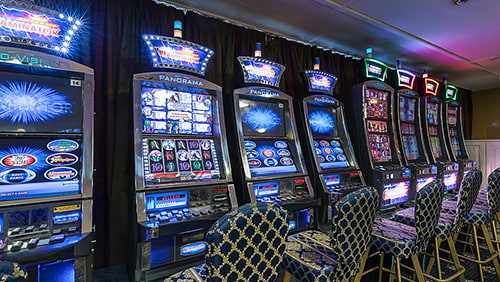 Cyprus put its local commercial activity on a forced break earlier this year, just like everywhere else, to help try to prevent COVID-19 from taking over the Mediterranean island. Casinos there were included in the list of forced closures and they started to reopen after just a couple of months, with Melco Resorts and Entertainment, which is behind five gambling properties on the tiny island, bringing four of its venues back to life in June. The run was good while it lasted, but it has now come to an end, as Cyprus is returning to lockdown mode to prevent a new outbreak of COVID-19 from getting worse.

Melco’s local subsidiary, Cyprus Casinos (C2), announced that it is going to stop operations at two of its venues to thwart COVID-19’s attempts to regain control of the nation. C2 Paphos shut down at 3 PM yesterday, while C2 Limassol turned off its lights two hours later. Both venues are expected to remain closed through the end of the month. For the time being, C2 Nicosia and C2 Ayia Napa will remain open; however, this could change if the situation warrants further restrictions. The fifth venue, Larnaca is in a transition to a new home and has remained closed during the coronavirus debacle.

Yesterday, Cyprus had 185 new COVID-19 cases to deal with, bringing to 6,646 the total number. The number of infections in some regions has jumped from 28% to 70% over the past month and a half, and Cyprus has now ordered a ban on all public gatherings, as well as shut down its school system and ordered religious services to be held without physical participation. With a population of 875,000 living in clusters around the island, controlling any new outbreaks of the virus become more difficult.

Melco has been busy building a massive casino resort in Cyprus, the City of Dreams Mediterranean in Limassol. The current gambling property there is just a temporary facility while the larger, $650-million resort is completed. However, the COVID-19 situation has taken its toll on the company, both in Cyprus and elsewhere, and it has reported major net losses in 2020. It reached out to offer as much as $1 billion in senior notes to investors this past August, and the new closures in Cyprus are going to impact its ability to stay on a dedicated path to recovery.

In its latest earnings report, Melco revealed that it had lost $331 million in the third quarter of the year due to the ongoing COVID-19 pandemic. However, its Cyprus operations had fared better than most, accounting for $20.5 million in revenue and $6.3 million in earnings. With the new shutdowns, the last quarter of the year most likely won’t be able to continue that rebound.