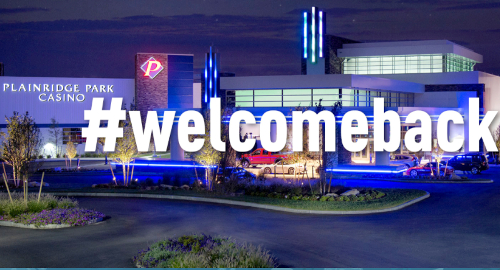 Massachusetts casinos have finally been cleared to reopen to the public, albeit under significant operating restrictions.

On Thursday, the Massachusetts Gaming Commission (MGC) voted to lift the temporary suspension of gaming operations at the state’s casinos and racetracks that was imposed in mid-March due to COVID-19. Casinos can reopen as early as Monday, July 6, but must first submit plans indicating compliance with state-mandated health and safety precautions.

Blackjack tables will also have to feature plexiglass dividers between individual players — no more than three per table — and between players and dealers. For the time being, the MGC won’t permit poker, craps or roulette tables to operate. The restrictions are expected to effectively limit each casino’s individual capacity to around 25% of normal.

All casino guests, as well as staff, will be required to wear face masks, which will be provided free to guests if they don’t bring their own. Beverages will be permitted on the gaming floor, but only for seated customers who are “actively engaged in gambling” and guests won’t be permitted to carry or drink beverages while moving about the gaming area.

A little further down the eastern seaboard, five Atlantic City casinos reopened to the public on Thursday, while Caesars Entertainment’s three properties followed on Friday. Early reports indicated the casinos were operating at or near their current maximum 25% capacity.

AC’s casinos are also under a strict prohibition on any indoor dining and aren’t allowing any beverages or smoking on the gaming floor. Those latter rules convinced the market’s top casino performer, MGM’s Borgata, to forego reopening for the time being.