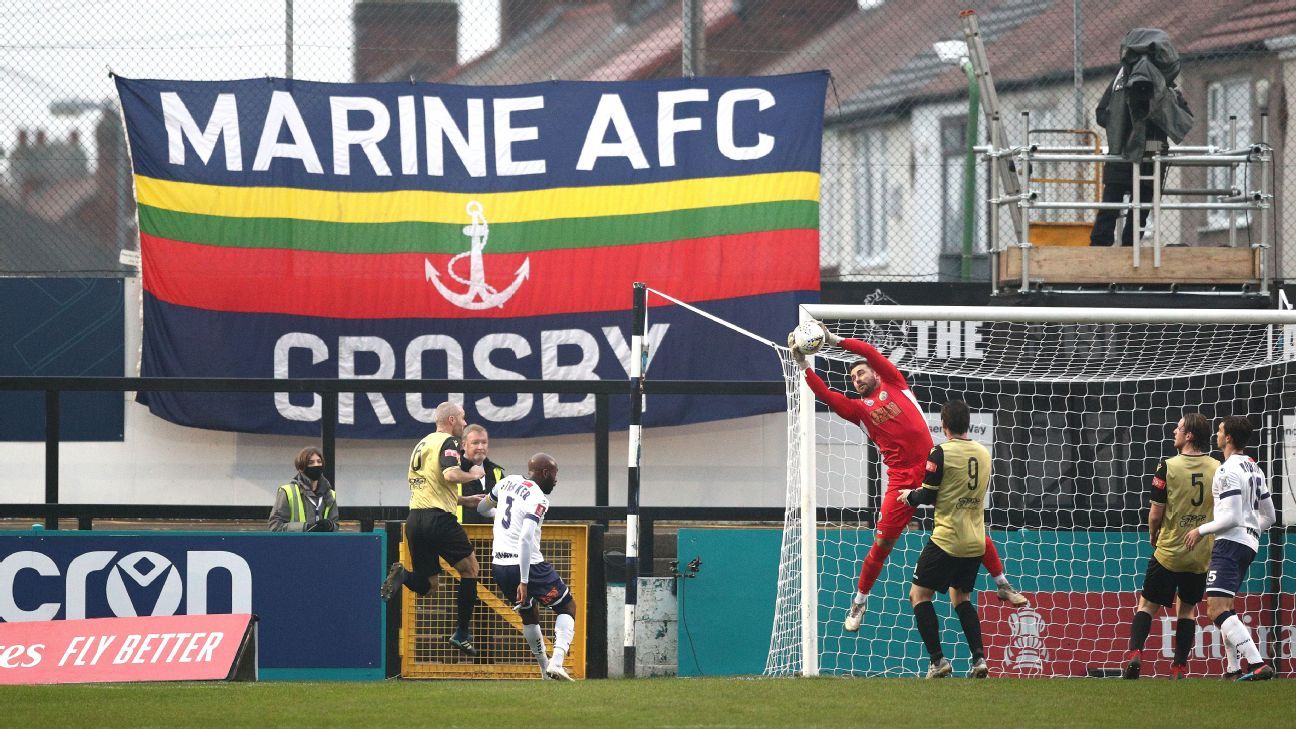 FA Cup minnows Marine have been given the all-clear to host next month’s third round tie against Jose Mourinho’s Tottenham at the Marine Travel Arena stadium but COVID-19 restrictions will see just 500 home supporters allowed entry to the game.

Marine, whose 3,185-capacity ground is less than six miles from Liverpool’s Anfield, are the lowest-ranked team left in this season FA Cup.

They must bridge a gap of 160 places in the football pyramid between themselves — sixth in the Northern Premier League North-West Division — and Spurs, who sit in fifth position in the Premier League following Sunday’s 2-0 home defeat to Leicester City.

Concerns over Marine’s ability to safely stage the game due to social distancing requirements had forced the English Football Association and Sefton Council to assess the club’s capability to adhere to the strict medical protocols.

But after a stadium assessment carried out by the Sports Ground Safety Authority, Marine have been given the green light to stage the Jan. 10 clash, albeit with a reduced number of fans inside the stadium.

Marine, based in Crosby, are in a Tier 2 area which allows for up to 2,000 supporters to watch live sport. Near neighbours Liverpool and Everton have both played in front of 2,000 fans at Anfield and Goodison Park in recent weeks.

However, with the Tier arrangements due to be reviewed by the United Kingdom’s government on Dec. 30, Marine could yet be forced to face Spurs behind closed doors if their area is raised to Tier 3 or Tier 4 next week.