Osasuna to give selves chance of avoiding bottom spot at Christmas

A fourth straight defeat on Saturday left Osasuna rooted to the foot of the table, adding even more importance to the meeting with Elche. Jagoba Arrasate’s men won this fixture in July thanks to a Rubén García double, and Elche’s worrying home record – just one win and the lowest home xGF in the league – will give the visitors hope of drawing level with at least one of the multiple clubs on 14 points.

Valencia’s inconsistency to cost them against Sevilla

Some lax Barcelona defending helped Valencia leave Camp Nou with a point on Saturday, but Javi Gracia’s side have found it tough to follow up one big performance with another this season. They host a Sevilla side with La Liga’s second-best xGA away from home, and Los Che’s own 1.99 xGA per game at home supports Infogol’s model favouring the visitors.

Huesca to pull towards safety mark

While Huesca offered little going forward in their weekend defeat in Bilbao, a return to El Alcoraz gives them the opportunity to go into the Christmas break with a massive three points. Infogol’s model gives them the slight edge over Levante, who stunned Real Sociedad last time out but are averaging 1.61 xGA on the road this season and have earned just five points from seven games away from home.

After leading the table for much of the season, Real Sociedad are in serious danger of being as low as fourth at Christmas. Jorge de Frutos’ late winner for Levante will have been hard to take, and the visit of Atlético Madrid to Anoeta comes at the worst possible time. La Real won this fixture last season, but one of the scorers that day – Martin Ødegaard – is no longer at the club, and Infogol anticipates an Atléti revenge mission.

Barça to finally improve away form

Barcelona have been better on the road than their four points from five games suggests, but Ronald Koeman will feel another win away from Camp Nou is long overdue. Opponents Valladolid can pull out of the bottom three with a victory, but a return of 1.69 xGA per game is one of the worst in the division and Barça have the firepower to take advantage after averaging 2.50 xGF across their last six games in all competitions. 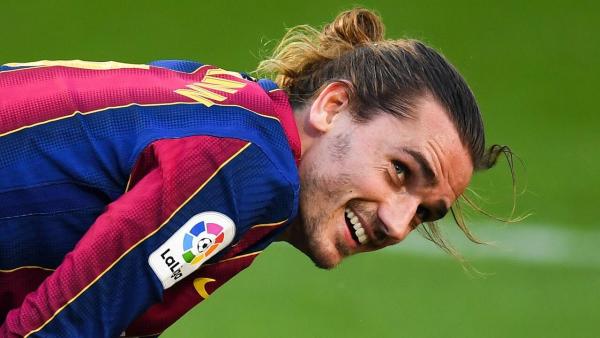 Villarreal remain unbeaten at home this season, averaging just 0.86 xGA per game, and Infogol’s model can see Unai Emery’s team earning a third clean sheet in four at La Cerámica. Visitors Athletic earned a goalless draw here last season, but only two teams have fewer away points than Gaizka Garitano’s team this term as their form away from San Mamés has been unconvincing.

Getafe to return to top half

A fourth straight win over the weekend lifted Celta into the first half, but Getafe’s miserly home defence can stop them in their tracks. Pepe Bordalás’ team are averaging less than one xGA per game at the Coliseum, and kept Celta from scoring in both of last season’s meetings, so the visitors will have work on their hands to get on the board against opponents who can match their points tally with a win.

Earlier in the season, a Granada trip to the capital ended in a 6-1 hammering at the hands of Atlético Madrid, and the visitors won’t be confident away to the champions. Zinedine Zidane’s hosts have won five in a row in all competitions, with a number of dominant xG displays in the mix, and Infogol’s model gives them a 65% chance of turning five into six.

Eibar to sneak another away win

Eibar’s away form is one of the best in La Liga this term, helping make up for a winless run on home soil, and this is enough for Infogol’s model to make them slight favourites at Mendizorrotza. Alavés did the double over José Luis Mendilibar’s side last season, but a run of 11 points from six away from Ipurua – even if it has been achieved with a negative expected goal difference – gives the visitors the narrowest of edges.

Betis to pick up second home win since September

Real Betis have struggled for consistency under Manuel Pellegrini, with just one draw from their 14 outings representing the lowest in La Liga. They find themselves two points behind surprise package Cádiz, but Infogol’s model anticipates a 45% chance of a victory which would lift them above the newly promoted side and – if results elsewhere go in their favour – into the top half.