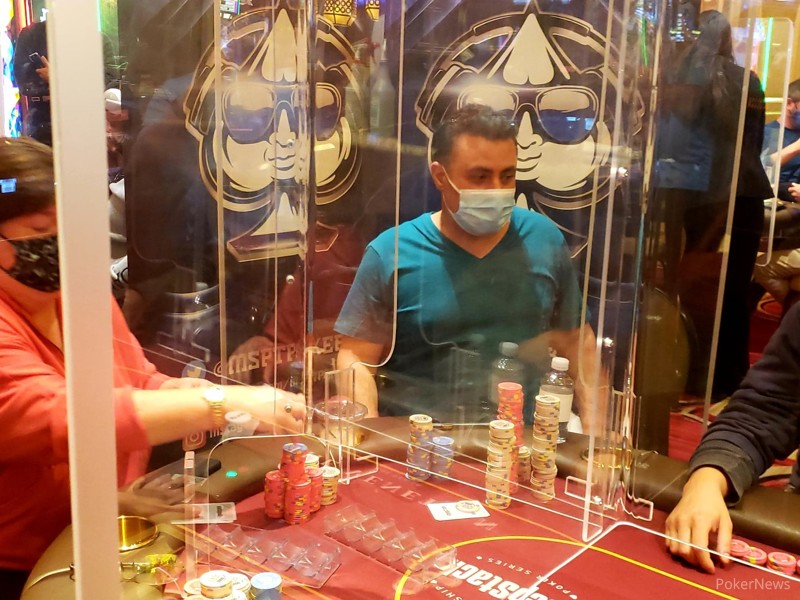 Day 1b of the Mid-States Poker Tour (MSPT) Venetian $1,100 Main Event attracted 546 runners, which along with 1a’s 463 brought the total field up to 1,009 entrants. It was a great start to the New Year for both the venue and tour, which is entering its 12th season.

After 15 levels of play, just 76 players remained with Justin Ligeri and his stack of 458,500 leading the way. That is still a ways behind that of Day 1a chip leader Bill Kachel, who bagged 658,000.

The surviving players from both flights will return at 11 a.m. PST on Sunday, January 3 to play down to a winner.

Here’s a look at the final table payouts:

Remember, during the latest Venetian DeepStack Extravaganza, players must wear a mask and sanitize their hands before sitting down. Action is 8-handed at tables featuring Plexiglass dividers, which are wiped down each time a new player comes in. Additionally, dealers are required to sanitize their hands each time they enter and exit a table, and fresh decks of cards are circulated every two hours.

Click here for a look at the current Venetian DeepStack Extravaganza schedule.