Massive win right before bedtime is a dream-come-true

Last Wednesday, Ronald ‘Ron’ Cumiskey, 60, nearly forgot to check his Lotto 6/49 ticket right before bed. Instead, the trivial decision to check his numbers at the last minute probably kept him up all night, as he had learned he had the jackpot-winning ticket worth an enormous $24,369,459 (US$18 million).

After 30 years of faithfully playing the lottery, Cumiskey had to check the date and compare the results to his ticket multiple times until he could fathom the win. “I checked it two, three, four times before it finally sank in,” he said. “It’s the dream you never think is going to come true.

The big winner first told his roommate and girlfriend of the astounding news. He also called up his boss of 20 years to deliver an important message.

“Frank — I’m retiring! You know that winner in Aldergrove? That’s me!”

At some point in the future, Cumiskey plans on using his winnings to visit Pearl Harbor and the East Coast of Canada. More importantly, he said, he wants to prioritize his loved ones and close friends first.

“I want to spend it helping the people that are close to me and have been there for me through my life.”

Some of his other plans included purchasing a lakefront home, buying a brand-new car, helping his family financially, and of course, going for a few rounds of golf. He anticipates that his newfound earnings won’t stop him from continuing to play the lottery.

The winning numbers for the May 27, 2020 Lotto 6/49 draw game are 7, 17, 18, 22, 28, and 34, with Bonus number 1. Cumiskey beat the 1 in 13,983,816 odds to become the sole winner of the $24 million lottery prize by matching the main six draw numbers he chose at random. He claimed his jackpot prize through British Columbia Lottery Corporation’s alternate prize claim process while prize payout offices are temporarily closed to the public.

The jackpot win marks the third British Columbia resident to win the Lotto 6/49 jackpot this year. Saeid Ebrahimi of Burnaby and Tibor Tusnady of White Rock won $5 million in March and $16 million in April playing the game, respectively. 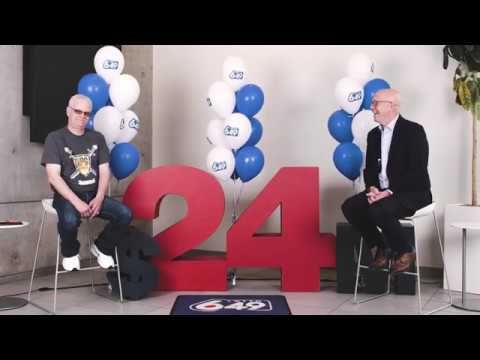