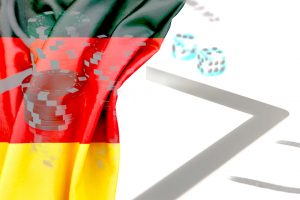 Germany’s online gambling market reorganization was a many-faceted process that spanned the better part of eight years and that hit many snags and barriers until German lawmakers created what they believed was a viable regulatory framework.

The country has just moved into a so-called transitional period during which online gambling operators and their software providers will be able to adapt their products and operations to a permanent regulatory regime that is set to take effect in July 2021.

But what will this new regime entail and what will it mean for operators, iGaming software solution providers, and German gamblers? Here is a more detailed look into Germany’s online gaming and sports betting market reorganization.

The New State Treaty on Gambling

After two failed attempts in previous years, the heads of Germany’s 16 states finally agreed in March 2019 on the provisions of the so-called Third State Treaty on Gambling that had to pave the way for the regulation of sports betting in the country.

The legislation took effect on January 1, 2020 to serve as a temporary framework under which sports betting licenses would be issued to interested operators and these operators would prepare their Germany-facing operations for a permanent law, Glücksspielstaatsvertrag 2021, that was and is still set to be enforced in July 2021.

The vast majority of state leaders for years maintained a position that online casino games and online poker should not be legalized as part of the reorganization of the local market, despite calls from operators and some lawmakers.

However, in a move that surprised many, they eventually agreed this spring that the two practices should be permitted from July 2021.

At first, online gambling operators currently serving German players and willing to continue to operate in the market after its reorganization were told that they should refrain from offering online casino and poker products in the country until the law permits these.

German authorities warned that any attempt at defiance would not be tolerated and could result in companies not being granted gaming and sports betting licenses to operate in a regulated environment.

After calls from industry stakeholders for a phased reregulation of the market that would offer operators enough time to adapt to the new rules, Germany’s 16 states announced in September a so-called Tolerance Policy per which companies would not be prosecuted for offering online casino games and poker to German customers before July 2021 as long as they make their services compliant with the provisions of the new gambling law.

Operators were given until October 15 to make the necessary adjustments, quit the market, or face prosecution.

Germany-facing operators had to make a series of changes to their iGaming operations in order to please local lawmakers. It should be noted that these changes were concerned with online casino and poker products as online sports betting is already legal in Germany under the temporary law that took effect early this year.

Gambling companies were ordered to remove all table games from their games lobbies, including blackjack, roulette, and craps as well as live dealer versions of these. This practically means that they can only offer online slots to German players.

Germany’s new gambling law contains a set of restrictions on slots play and operators were ordered to make sure their games all follow strictly these restrictions.

One of the new rules obligates operators to implement a €1 per spin cap on slot stakes for all their games. In addition, players should not be allowed to play multiple games at the same time.

For sports betting, in-play betting will not be permitted under the new rules.

The Tolerance Policy was welcome news for operators who are interested in operating in Germany’s regulated market. GVC Holdings, which has been extremely active in voicing its opinion about what German lawmakers are doing right or wrong, said that the new policy finally brought “long-awaited clarity to the future of online gaming regulation in Germany.”

However, some expressed concerns that operators and their software providers were given a very short period of time to implement all the necessary changes. The German online gambling operators association, Deutscher Sportwettenverband, said that the October 15 deadline was “unrealistically tight” and that under normal circumstances, it takes several months for operators to complete the “complex IT projects” that adjusting their operations involves.

Despite the tight deadline, a number of online gambling providers have announced that they have made sure their products are fully compliant with the new German rules and that they are poised for further growth in this lucrative market.

Microgaming was among the first providers to embrace the new rules and to launch a solution that makes its products compliant with Germany’s Tolerance Policy and overall gambling rules. The company also said that it would make available more than 150 slots to its clients in the German market and their players, including hit titles Book of Oz, 9 Masks of Fire, and Bonanza.

ORYX Gaming, another major iGaming content provider, has too adjusted “a sizable proportion of [its]

Most recently, online casino games maker Betsoft Gaming said that it has made sure to meet all the requirements set out by German authorities and that “should any further changes or new requirements come into force, then we will meet those with the same speed and efficiency.”

The games developer also said that at least 20 key online gambling operators have informed it that they would re-sign with it under the tightened regulations.

Gambling operators may not be entirely happy with the new rules and the many restrictions they are obligated to abide by if they want to operate in the German market, but there is one closely related sector that will be affected quite negatively by the new regime.

Over the past few weeks, several gambling operators have informed their affiliate partners that they should cease advertising them in Germany. For instance, GVC sent an email to its affiliates instructing them to remove “all banners and promotional text relating to casino and poker products from all GVC brands” from their German websites, to stop any “social media, app or network activity” for GVC brands that target German players, and to “pause any media buying” aimed at German online casino and poker players.

In a similar manner, bet365 told its affiliates to cease advertising activities in Germany and that they will also “need to make sure not to promote gaming offers from other competitors when promoting bet365.”