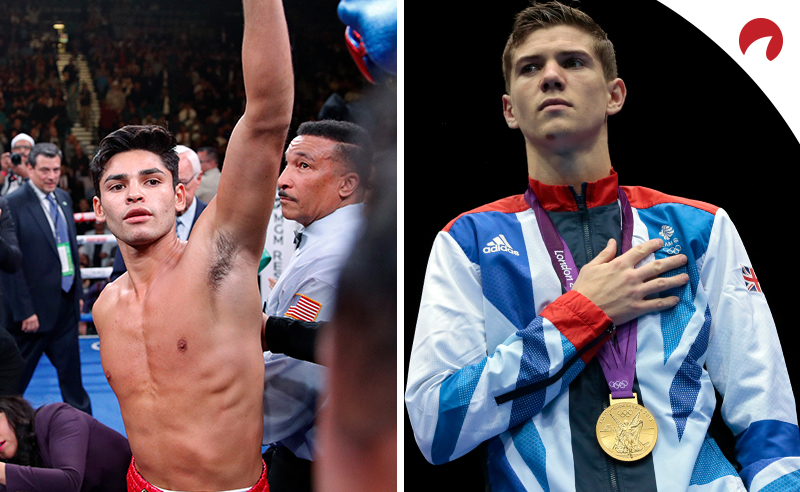 The 2021 boxing year is beginning with a great night of fights on January 2 at the American Airlines Center in Dallas, Texas. Headlining the card is undefeated 22-year-old Ryan Garcia fighting for his first world title the WBC interim lightweight strap against 20-3 Luke Campbell.

There are two other title fights on this card as Felix Alvarado defends his IBF junior flyweight belt vs DeeJay Kriel, while in the co-main event, Rene Alvarado defends his WBA “regular” junior lightweight title vs Roger Gutierrez. You can watch this entire card on DAZN.

Online sportsbook Bovada has released the Garcia vs Campbell odds with the undefeated boxer, Garcia, coming in as the -400 favorite with Campbell returning as a +300 underdog. This means you would have to wager $400 to profit $100 on a Garcia victory, while a $100 bet on a Campbell win would profit you $300.

Odds as of December 31 at Bovada

New to betting on the fights? Check out our great boxing betting guide to help get you in the action. Also, keep an eye on our boxing odds page for the latest, up-to-date betting lines.

Making the step up into a major world title fight for his third-ever 12-round bout, this is the tightest betting line we’ve had for the young Ryan Garcia in his career. Typically, “KingRy” has been a four-figure favorite in most of his previous bouts, many of which ending in knockouts.

As for Campbell, this is the second consecutive bout that he will enter the squared-circle as the betting underdog as he closed at many books at +800 in his fight be Vasyl Lomachenko in August of 2019. “Cool Hand” also was a +300 underdog when he fought Jorge Linares in 2017, a bout he lost via split decision.

Garcia has outstanding hand speed matched with big knockout power. Of his 20 pro wins, 17 have been by knockout, including his last four in a row and his last two came in the first round. He works extremely well behind his jab which opens up areas for his more powerful hooks.

Additionally, he is quite accurate when his opponents open up to throw a punch. KingRy is much more dangerous when he’s able to counter, whereas if he’s the one that is chasing, it takes him a little while to get into a groove.

Campbell is a good test, though, with all three of his losses coming by decision, two via split and a lone unanimous midway through 2019 against Lomachenko. Cool Hand will have a bit of a reach advantage of just one inch, so it should be negligible in the ring.

He fights long too, though, typically inching his opponents backward with his jab, trying to find opportunities to land his heavier hooks. The 2012 Olympic Gold medalist has a great fight IQ, reading his opponents’ movements and counters effectively when they look to engage with him.

This is a really good fight to kick-off 2021. Campbell performed very well in the Lomachenko loss, getting dropped once but was in the fight for most of the duration, though, on the scorecards he only won one or two rounds. He will have to fight a little defensively against Garcia, who I expect to have a major speed advantage, and really work behind his jab.

A big step up for KingRy, while a chance for redemption in his third attempt at claiming a world title for Cool Hand. Ultimately, I think the young gun gets it done and it would be a major feather in his cap if he can get Campbell out of there inside the distance.