“Tottenham 5.79/2 follow United in the outright betting and Jose Mourinho’s team will play Dinamo Zagreb in the round of 16.”

Manchester United are favourites to win the Europa League but their odds drifted after they drew AC Milan in the last 16 of the competition.

The Italian giants, who were until recently top of Serie A, are 12.5 to win the Europa League.

Like United, Milan have experienced fallow years in the past decade but they’re enjoying their best season for some time in 2020/21. That’s largely down to the form of the evergreen Zlatan Ibrahimovic who’s scored 15 goals for the Rossoneri this term.

The 39-year-old is a popular figure at Old Trafford after playing for the club for two seasons under Jose Mourinho.

Tottenham 5.79/2 come next in the outright betting and they will play Dinamo Zagreb.

Jose Mourinho has won this competition twice, with Porto and with United, and would love to add a third to boost his standing at Spurs. While they’re struggling in the Premier League, Mourinho’s team are playing well in the Europa having tonked Wolfsberger 8-1 on aggregate in the previous round. 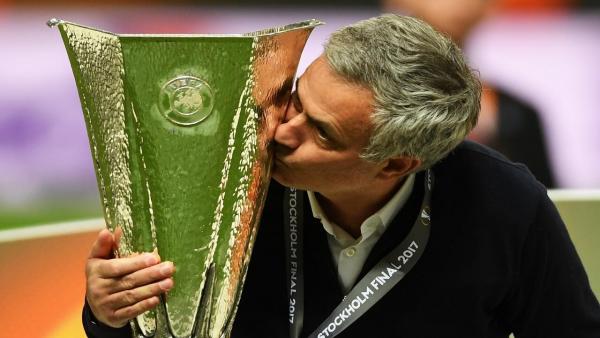 Zagreb have lost nine of their last 10 matches against English opposition, although they dropped into this competition from the Champions League where they beat Atalanta earlier this season.

Arsenal’s reward for getting past Benfica is a match against familiar opponents Olympiakos. The sides have met 10 times, winning five each. Last season the Greeks knocked out the Gunners in the round of 32.

Mikel Arteta’s side will be determined to get their revenge this time. They’re out of the FA Cup and adrift in the Premier League so this should be their priority. They’re 7.413/2 to win the competition.

The Czech club didn’t concede a goal in conquering Leicester City in the round of 32 and their 2-0 win at the King Power showed Jindřich Trpišovský’s men are a force to be reckoned with.