Shay Segev won’t lead Entain into a possible merger with MGM Resorts worth more than $11 billion. The current CEO has handed in his notice after being offered a new position at sports streaming platform DAZN. 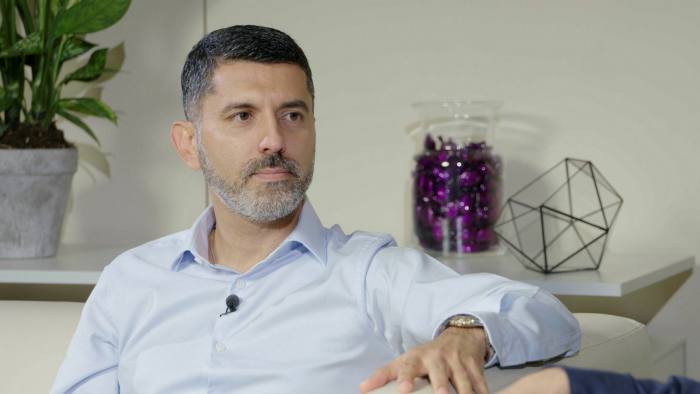 Entain hit the headlines last week when it confirmed MGM Resorts had made a takeover offer worth $11 billion. The informal proposal was rejected, but there are rumors a revised offer may be made in the coming weeks.

Segev may not be around if that happens. The former Playtech executive joined Entain in 2016 after stints at Playtech and Gala Coral. He took over from Kenneth Alexander as CEO in July 2020, but is now moving on to new pastures.

Entain put out a press statement confirming Segev’s departure. The update said he’ll remain in his current role for six months, and that efforts are underway to find a replacement.

“I can confirm that this changes nothing with respect to the Board’s view of the recent proposal from MGM Resorts International to acquire Entain,” said Barry Gibson, Chairman of Entain.

For his part, Segev said the decision to leave isn’t the result of rumored tensions surrounding MGM’s offer.

“I also want to emphasize that the recent interest from MGM Resorts has had absolutely no bearing on my decision, and I fully support the Board’s decision to reject their proposal,” Segev said on Jan. 11.

A report by British newspaper The Evening Standard suggests there may be growing “hostilities” between Entain and MGM over the value of the takeover bid.

Segev’s statement implies that, even if there are tensions between board members on both sides, he isn’t leaving for that reason.

“I will be sad to leave [Entain] after five years, but I have been offered a role which offers me a very different type of opportunity,” Segev said on Jan. 11.

That opportunity is with sports streaming platform DAZN. He will become co-CEO alongside James Rushton, who was promoted from Chief Revenue Officer to acting CEO in June 2020.

DAZN launched its streaming service in 2016. Boxing has become one of its core sports and, in the latter part of 2020, it began the next phase of its expansion project.

Segev will bring his background in technology to the role and, potentially, his knowledge of sports betting.

DAZN hasn’t signaled any intention to enter the betting sector. However, with companies such as Barstool Sports and FOX partnering with betting operators over the past two years, a move in this direction isn’t beyond the realms of possibility.