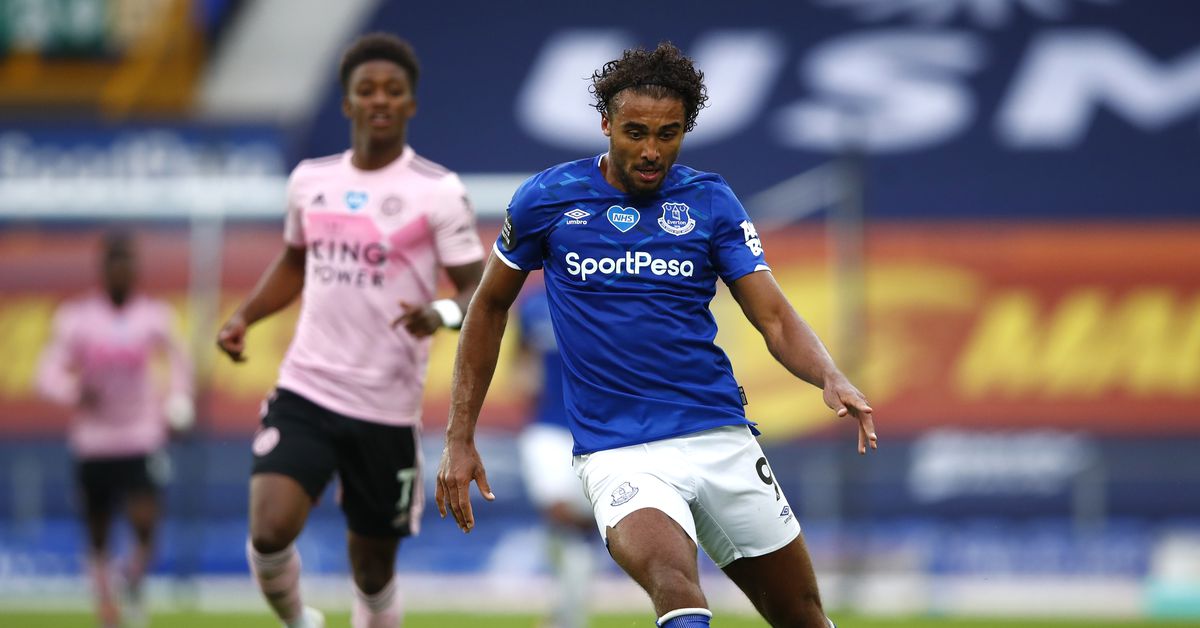 The final fixture of Matchday 33 in the EPL sees Tottenham host Everton. The visitors, who are unbeaten since the restart, can climb above Tottenham in the standings with a win while the Spurs will be looking to bounce back from a 3-1 loss at Sheffield United on Thursday.

DraftKings is offering multiple ways for soccer fans to cash in on the game, including a Counter Attack Showdown contest with a $120,000 prize pool that pays out $25K to the winner. Set your lineups here: EPL Showdown $120K Counter Attack [$25K to 1st] (TOT vs EVE)

Soccer fans can also get in on the action by downloading the DK Sportsbook app or heading over to the DraftKings Sportsbook website.

All odds provided by DraftKings Sportsbook and all odds subject to change.

Honors even as Everton draw at Tottenham

Everton has a chance to climb above Tottenham in the final game of Matchday 33. The last two meetings between Tottenham and Everton have ended all square, including the reverse fixture at Goodison Park on Nov. 3. After a goalless first half, Tottenham took the lead in the 63rd minute. Everton equalized in injury time after the Spurs had been reduced to 10 men following Son Heung-Min’s red card 11 minutes from time.

Playing at home, Tottenham (-175) is favored to score the first goal while Everton (+123) offers better value. Both teams to score (-137) has paid out in the past three meetings and with Tottenham scoring in its past nine games, the question is whether Everton can find a way past Hugo Lloris? There is a good chance Everton will as it has scored in 12 of the past 14 league games, including the past two. There hasn’t been a goal scored in the final 35 minutes of the past six league matches involving Everton. Will that trend continue against Tottenham, which has scored two and conceded two in the final 10 minutes of its past three EPL encounters?

Tottenham can be relied upon to score goals, which the team has done in its past nine EPL games. But Tottenham also has a tendency to concede goals, which is one of the reasons why it is in danger of missing out on European football next season. With that in mind, if you are to draft players from the home side’s squad, I’d look at the midfielders and forwards.

Harry Kane ($10,200) will be a popular choice despite his high salary. Kane does deliver on a regular basis to justify his value and he will be looking to score his 30th league and cup goal of the season. He has scored in his past two EPL games and he has Son Heung-Min ($11,000) to thank for both of them. Son, who is averaging 18.5 DKFP in his past seven EPL games, consistently puts in good performances for the Spurs. In his past six league starts, the South Korean star has scored four goals and registered those two assists for Harry Kane — at home against Manchester United and away vs. Sheffield United in his past two outings. One of Son’s two red cards this season came against Everton and the Spurs will need him to put in a disciplined performance.

Midfielder Steven Bergwijn ($8,600) is a player also worth considering. Since joining in January from PSV Eindhoven, Bergwijn has averaged 15.3 DKFP in his past three home appearances. He has scored in three of his eight EPL appearances and all have come at the new Tottenham Hotspur Stadium.

A number of Tottenham players have underperformed this season and that includes Dele Alli ($8,400). He produced some of his best form when Jose Mourinho first took over. He scored his side’s only goal in the 1-1 draw with Everton in November but he has struggled to produce that level of consistency expected of him by his manager and supporters. He could start on the bench again for this one and will hope to get a chance to shine when given his opportunity.

Prediction: Kane to be anytime scorer (+128)

Before the lockdown, Dominic Calvert-Lewin ($7,800) looked to be playing his way onto England’s Euro 2020 squad with a string of good performances but that tournament was postponed until next summer because of COVID-19. Five goals and an assist in six matches prior to the suspension made Calvert-Lewin one of the league’s most in-form players. However, since the resumption of play that good form has deserted him. He is without a goal in his past four EPL matches, but manager Carlo Ancelotti has kept his faith in the young forward, who was on target with four of his seven shots in his last away game at Norwich. It might only be a matter of time before the goals return to his game. With 15 goals to his name already this season, he would love to reach the 20-goal mark, but with six games remaining time is beginning to run out.

Everton has the best defense in the league since the resumption with just one goal conceded in its three matches. Goalkeeper Jordan Pickford ($5,400), who would have been England’s first choice for keeper at Euro 2020, has kept two shutouts against Liverpool and Norwich — the top and bottom sides of the EPL. Pickford will feel he is due a clean sheet against Tottenham. He has picked the ball out of his net 16 times in the past five meetings.

Defender Michael Keane ($3,200) is a threat from set pieces and could be a solid addition to your roster. His past three goals for Everton have all come in road games and that includes the only goal in his side’s 1-0 win at Norwich last time out when he earned 19.7 DKFP for a goal, a clean sheet and a win.

Prediction: Calvert-Lewin to be anytime scorer (+210)