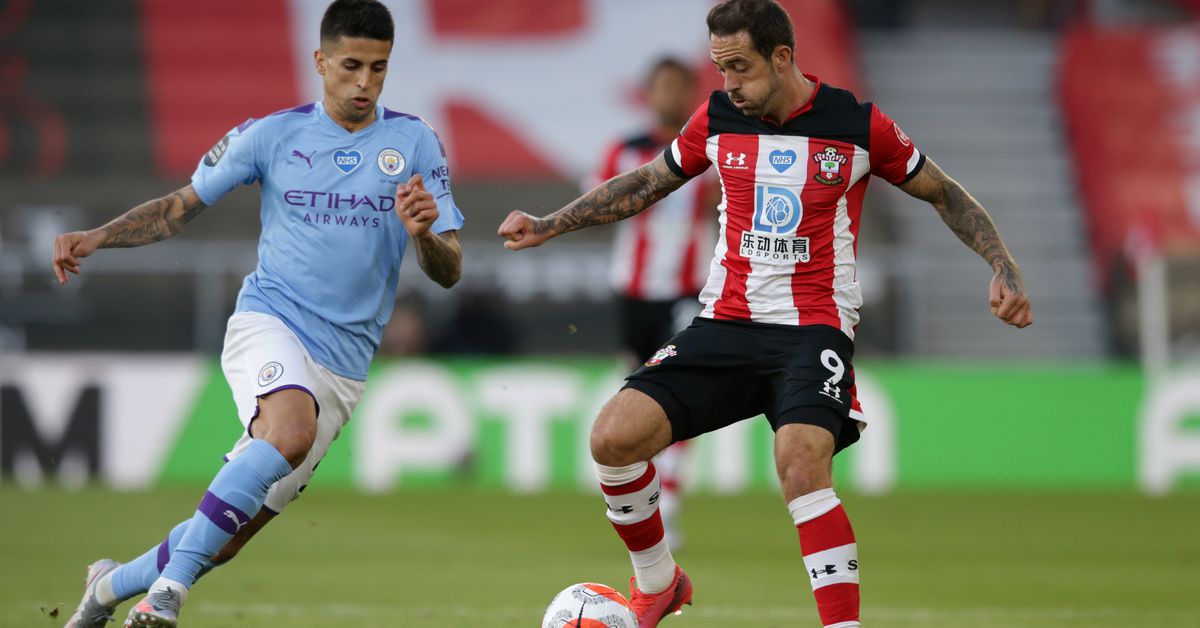 Time is running out on Bournemouth and their hopes of securing a place in next season’s English Premier League (EPL). Four points from safety with four matches to play, the Cherries are without a win in their last eight, and with five consecutive defeats, many have written off their chances of staying up. Tottenham’s hopes of qualifying for European football next season will be boosted if they win this game. Elsewhere, Southampton travels to Everton in a game between two sides who will finish the season in mid-table.

DraftKings is offering multiple ways for fans to cash in on the game, including a contest with a $50,000 prize pool that pays out $10K to the winner. Set your lineups here: EPL $50K Counter Attack [$10K to 1st].

Soccer and football fans can also get in on the action by downloading the DK Sportsbook app or heading over to the DraftKings Sportsbook website.

All odds provided by DraftKings Sportsbook and all odds subject to change.

Bournemouth to drop more points at home to Tottenham

If Bournemouth fans were told before their trip to Old Trafford on Saturday that they would score twice, the supporters would understandably have expected to secure at least a point, if not all three. As it was, their two goals away from home counted for nothing. Their first goal actually gave the Cherries an early lead, but instead of inspiring Bournemouth, it clearly fired up their opponents, who turned the game on its head with three goals in 16 minutes before halftime.

Scoring the first goal should be a positive for any side, but in the last three matches in which Bournemouth has opened the scoring, they have gone on to lose all three to Sheffield United, Liverpool and the Red Devils. The Spurs have scored the opening goal in three of their last four EPL games and taken seven points from a possible nine.

Tottenham scored first in the reverse fixture and led 3-0 before Bournemouth finished the game with a bit of a fight to lose 3-2. A fighting spirit has been missing from them for most of the season. If this is to be Bournemouth’s last season in the EPL for a while, then they really should go out with a fight. There is a possibility that Bournemouth can survive, but they have to beat Tottenham like they did in this fixture last season when Nathan Ake popped up with the winner in injury time after the Spurs were reduced to nine men.

Players to consider for DraftKings DFS

The smart money will be on Tottenham to win this game and your draft picks should probably reflect that. However, Bournemouth deserves some credit for taking the game to Manchester United at Old Trafford, even if the game did not end the way they wanted it to. The two goals they scored will give Bournemouth manager Eddie Howe some hope, and if they can just tighten up defensively, then they have a chance against Tottenham.

Joshua King ($6,300) was Bournemouth’s shining light on Saturday, posting a goal with an assist to earn 19.4 DFS points against the club that was interested in signing in January. A few more goals to save Bournemouth will alert other clubs to King’s ability. The same goes for his teammates, who can play their way into a trade with impressive performances between now and the end of the season if Bournemouth does go down. Junior Stanislas ($5,700) was also on the scoresheet on Saturday, and he should have done enough to keep his place in the starting lineup after picking up 18.8 points over the weekend.

For Tottenham, Harry Kane ($8,600) and Son Heung-Min ($10,300) will be heavily fancied. Kane is the only Spurs player to score for his side in their last three EPL matches despite the team scoring four goals. Tottenham was gifted two own goals against West Ham and Everton. Son, who has scored 10 points or more in his last eight league games, will want to make amends for being sent off in this fixture towards the end of last season, which led to a loss. Steven Bergwijn ($8,000) came off the bench against Everton, perhaps with the view of starting this game. All three of his EPL goals have been scored at the new Tottenham Stadium.

Everton hopes to complete a league double over Southampton at Goodison Park where the Toffees are unbeaten in their last nine league games. Southampton’s season has been a rollercoaster. In their opening 13 games, they tasted victory just twice and were humbled 9-0 at home to Leicester. The club kept their faith in manager Ralph Hasenhuttl, who in turn has rewarded that faith with a string of impressive performances to eliminate their name from the talk of relegation.

Both sides can play with freedom, which should allow for an open game, and that has been the case in the past between these two sides. Both teams have scored (-136) in the last six meetings and that includes the first meeting this season at St. Mary’s, which Everton won 2-1. The team that has scored the first goal has gone on to win the last three meetings, which makes the opening goal in this contest all the more important. Southampton (+118) has scored first in their last two league games, including their 1-0 win over Manchester City on Sunday, while Everton (-162) has not conceded the opening goal in their last nine home league games.

Carlo Ancelotti’s side has not trailed at the interval in their last 13 home EPL matches and they will want to get to the break with a lead or a tie at least. Southampton’s winning goal from Che Adams against Manchester City came in the 16th minute, which is the same minute in which Danny Ings opened the scoring in their 3-1 win at Watford.

Players to consider for DraftKings DFS

Southampton forward Danny Ings ($7,300) is the standout player in this fixture. Ings is the only player from a team in the bottom half of the table to have scored 12 or more goals. Ings’ two goals against Watford took his tally for the season to 18 in the league, which is four behind Leicester’s Jamie Vardy and two behind Pierre-Emerick Aubameyang of Arsenal. Without his goals, Southampton would be truly in the mix for relegation. It’s hard to believe three Everton players are ahead of him in this contest in terms of salaries. The former Liverpool striker would love to continue his impressive goal-scoring record against Everton, who he has scored in three of the four matches he has played in as a Saints player.

Now that Che Adams ($5,200) got his first Saints goal, there is a feeling within the squad that more will follow. Adams will have to produce something very special to improve on the 37-yard effort against City.

Everton’s Richarlison ($9,100) is one of the players more valued than Ings in this fixture. Ings has scored three times and had an assist in his last four games, while Richarlison has scored once in his last six. However, a look in the history books will show Richarlison has been Everton’s matchwinner when they won their last two against the Saints. On his day, Richarlison can score against anybody. The problem is that he doesn’t have as many good days as he should.

40% of Tom Davies’ ($3,400) EPL goals have come against Southampton, and he could be another you might want to think about if you believe players have a knack of scoring against certain clubs. Okay, that works out to be two of his five league goals, but there is something about playing against the Saints that boosts his chances of scoring. Gylfi Sigurdsson ($7,600) is another with history against Southampton with two goals in his last four games against their opponents on Thursday. It’s been a disappointing season for the Iceland star, but he has a chance to end the campaign on a high note with a few more goals.

For sports betting, head over to DraftKings Sportsbook or download the DK Sportsbook app.