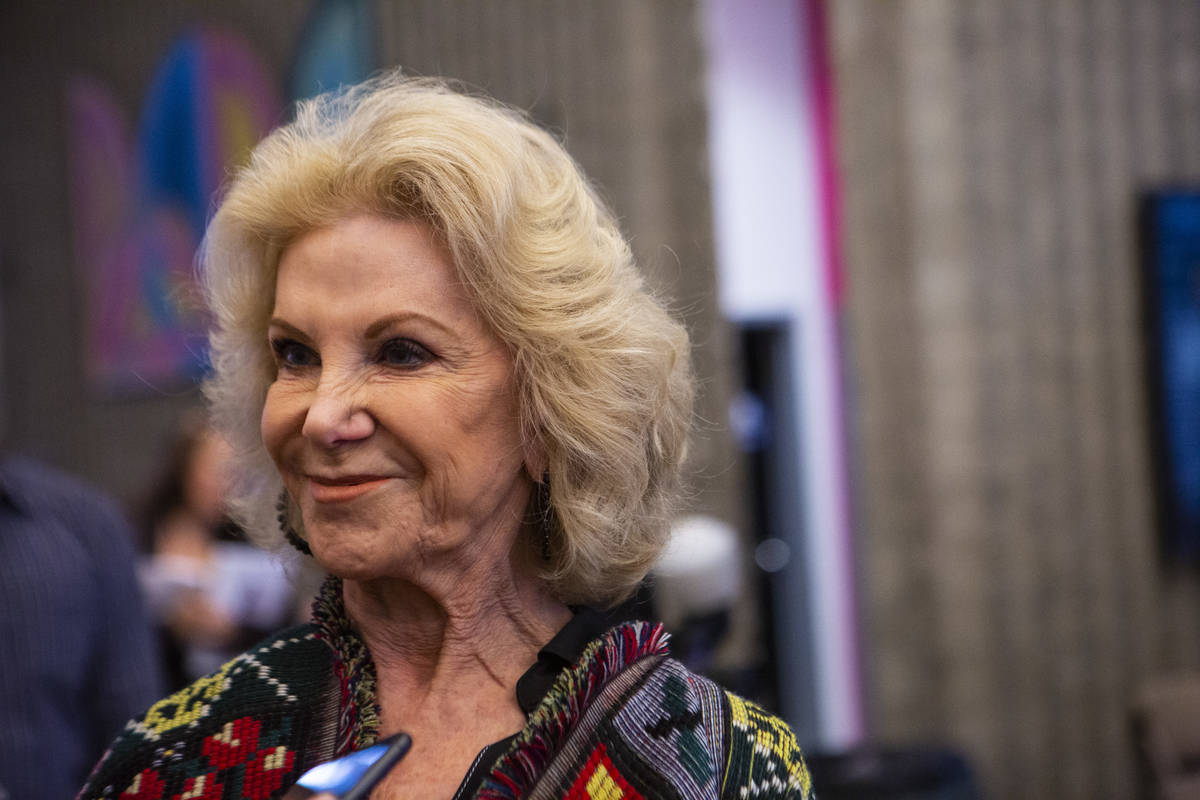 It’s the end of an era for Wynn Resorts Ltd.

Company co-founder Elaine Wynn was required to withdraw a request for a gaming license as a company board director. She’s no longer eligible to serve on the board of directors because of company age policies.

But as the company’s largest shareholder with 8.84 percent of the company’s stock, she won unanimous approval as a beneficial owner of company shares Thursday by the Nevada Gaming Commission.

Wynn, co-founder of the company and current president of the Nevada State Board of Education, was required to appear before the commission because of a previous request to withdraw for licensing as a board director.

“This is sort of closing a chapter over the course of time with both Steve (Wynn) and Elaine’s direct influence on the gaming industry,” said Bussmann of Global Market Advisors. “With regard to Elaine, her philanthropic efforts and other passions are still going to be a key mark on this state in the years to come.”

Regulators acknowledged Elaine Wynn’s ability to profit from the company with her shares, but there are no Wynns in the management of the company since Steve Wynn resigned in February 2018 and divested his shares a month later.

A five-count sexual harassment complaint filed by the Control Board against Steve Wynn on Oct. 14, 2019, is still pending. In December, commissioners unanimously determined they have the jurisdiction to question Wynn’s suitability as a license holder and potentially fine him. His attorneys said he has surrendered his license and they would take the commission to court if necessary to block any disciplinary action.

None of that came up in Elaine Wynn’s Thursday’s appearance.

In a 40-minute suitability hearing, commissioners indicated they were satisfied with Elaine Wynn’s explanation of her actions in 2018 when her former husband, Steve Wynn, stepped down as chairman and CEO of the company in the wake of a sexual harassment scandal first reported by the Wall Street Journal. Steve Wynn has denied harassing anybody.

When it was determined in 2018 that Steve Wynn paid a previously undisclosed $7.5 million settlement in a paternity claim to a former employee in 2005, gaming regulators in Nevada and Massachusetts raised questions about how much Elaine Wynn knew about it.

In Thursday’s hearing, commissioners indicated they were satisfied with Elaine Wynn’s responseand did not press for additional details.

Most of Thursday’s testimony centered around Wynn’s philanthropic and education efforts.

Asked by a commissioner what motivates her, Wynn said she had a desire to be engaged with people.

“I made a decision early on and I suppose it continued on with me forever that I wanted to live a life that was fully engaged with all people and that no matter how ambitious I may become in terms of aspirations, I did not want to be cut off from any part of the world,” she said.

“I think all of that exposure enriches you as a person. When I worked at the companies, my joy was behind the back of the house,” she said. “I always loved going and hanging out with the staff and employees. It was always fun because these are the real people of life and if you restrict yourself to only a narrow slice, then you’ve shut down a world of opportunities and a world of joy.”

The Control Board in September unanimously recommended her licensing, but her appearance before the commission was delayed for two months for undisclosed reasons.