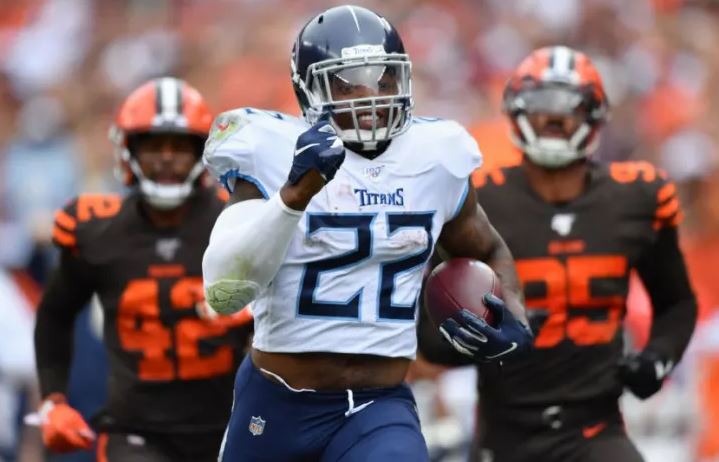 It is perhaps the least talked about big story of the NFL season. It is December, and the Cleveland Browns are playing meaningful football and closing in on a playoff berth. The Browns currently have the NFL’s longest postseason drought, last appearing in the playoffs following the 2002 season. For anyone betting online, the Browns have been a team to watch.

Cleveland’s opponent this week is another 8-3 team battling it out for the postseason, and with a very different history than that of the Browns. A year after making the AFC Championship Game, this would be the Titans’ third postseason appearance in four seasons.

In that 2002 season, both the Browns and Titans made the playoffs and met each other in the regular season. It was Tim Couch vs. Steve McNair. The Browns won it in overtime, and amazingly, Tennessee scored 28 points with less than 200 yards of offense.

And if the NFL odds are right, it will be Derrick Henry getting the best of Nick Chubb and Kareem Hunt.

In a division with the Steelers and Ravens, the Browns were the forgotten ones. But at 8-3 and currently sitting as the first Wild Card team in the AFC, this is a serious football team.

Odell Beckham Jr. is gone for the season with one of the more high-profile NFL injuries, but Cleveland has won three of four since he was placed on injured reserve. The Browns are also winning close games and in different ways. They beat Houston 10-7 in swirling winds and with a 36-minute weather delay, making passing impossible.

Most recently, they won at Jacksonville, where Baker Mayfield complemented the 200-plus rushing yards with 258 yards passing.

By virtue of its win last week over Indianapolis, Tennessee is in first place in the AFC South. And, because of that win, the Titans are the current third seed in the AFC, setting up a potential playoff game at home against the Dolphins.

The loss by the Colts dropped them to the seventh seed and a possible first-round game at Kansas City.

Every win is critical. And it’s clear Henry understands that. Once again, as the season goes on, he gets better. Henry has gone for 103, 133, and 178 yards in his last three games.

Take Cleveland and the Points

Tennessee is coming off a comfortable win over the Colts, but the majority of the Titans’ victories have been within one score. And three of them are by less than a field goal. Overall, they are 5-6 against the spread this season.

With a healthy Chubb and a more accurate Mayfield, the Browns are playing toe-to-toe with everyone and finding a way to win at the end of games. And even if they can’t pull out this game at Tennessee, Cleveland should keep it close.

This has the makings of a three- or four-point game, so taking 5.5 points is the better bet when making your NFL picks.