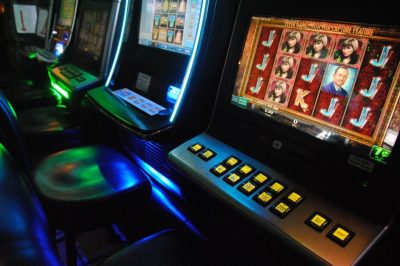 Crystal Lake City Council approved a measure under which local businesses will be allowed to double the number of video gambling terminals (VGTs) on their premises.

The decision was made at a City Council meeting that took place earlier this week. The change in the number of VGTs was narrowly passed with 4 to 3 votes. All other parts of the video gambling legislation and regulation in Crystal Lake will remain unchanged.

The supporters of the increased number of video gaming machines have claimed that making such a change in the existing policy would bring more tax revenue to city coffers. According to the proposal’s proponents, a considerable increase in tax revenue would be seen by the city. The opponents of the idea, however, argued that the existing number of VGTs is sufficient.

Four council members – Acting Mayor Haig Haleblian, Mandy Mortford, Cameron Hubbard and Ellen Brady – voted in favor of the proposed VGT increase, while Ian Philpot, Cathay Ferguson and Brett Hopkins voted against the proposal. After the vote and the approval given to the proposal, Crystal Lake businesses will be allowed to place up to six gambling machines on their premises, which is the maximum allowed in the state of Illinois.

At the time when Crystal Lake City Council first approved video gambling terminals, the tax revenue received by the community was redirected towards Three Oaks Recreation Area. As revealed by Deputy City Manager Eric Helm, the tax revenue collected by the city from VGTs on an annual basis amounts to about $132,000. However, the allowed increase in the number of video gambling machines will not necessarily end up doubling the tax revenue received by the city, because there is no guarantee that all businesses will take advantage of the updated VGT policy.

Any local businesses that are willing to increase the number of video gaming machines would have to file an application and site plan to the City Council. The application would then be reviewed by Crystal Lake city staff so that it makes sure that the expansion would be made in correspondence with city code and the business also received approval from state authorities.

According to City Council documents, for the time being, there are 14 bars and restaurants that host video gambling machines across Crystal Lake. One of these establishments has two VGTs, while the rest of them have three, which is the maximum number allowed before the change. Illinois Gaming Board data showed that a little over $21 million was gambled on the video gaming machines in the city in the period from August 2019 through August 2020.

Council members, who voted in favor of the proposed expansion of video gambling in Crystal Lake, said that increasing the number of terminals would level the playing field for local businesses. They also said the now-allowed VGT increase would allow the city to generate more revenue from the machines without boosting the expenses.