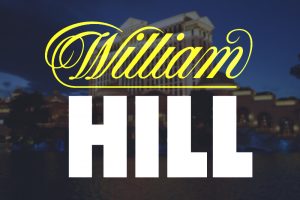 Over 86% of the votes cast at shareholder meetings held Thursday favored the transaction. The deal is still subject to regulatory approvals as well as a final approval from the English Court. Caesars said it now expects to close the acquisition in March 2021.

Commenting on securing sufficient shareholder support, Caesars CEO Tom Reeg said that they “continue to work towards satisfying the remaining regulatory conditions and look forward to completing the transaction next year.” Mr. Reeg added that once the transaction closes, Caesars will integrate William Hill’s US business into the casino company’s existing sports betting and online gaming franchise.

Caesars already owns a 20% in William Hill’s US assets through a joint venture formed by the UK bookmaker and Eldorado Resorts in 2018. Caesars and Eldorado closed a $17.3 billion tie-up this past summer and the enlarged group inherited the sports betting joint venture.

In 2018, Caesars and William Hill reportedly explored a £6 billion merger that eventually fell through over price disputes.

When it tabled its formal bid in late September, Caesars said that its plans for the future of William Hill involved growing the bookmaker’s US business and that it would offload its non-US assets. William Hill runs a betting shops chain in the UK and online gambling operations in its domestic market and several regulated European markets.

When news emerged in September that Caesars was wooing William Hill and that buyout giant Apollo Global Management was mulling a rival bid, investors bet big on a heated auction for the legacy British bookmaker.

However, Caesars’ formal offer quickly turned what was hoped to be an epic bidding war into a one-horse race as it forewarned William Hill that it could exercise its right to terminate its exclusive sports betting partnership if the bookmaker accepted an offer from another bidder.

And while there was no bidding war for William Hill, one seems to be just about to erupt for the company’s non-US operations. Several private equity firms, including Apollo, CVC Partners, and Apax Partners, have emerged as potential bidders.

In addition, gambling operators 888 Holdings and GVC Holdings have too signaled interest in William Hill’s UK and international operations. Mr. Done’s Betfred has also been rumored to be a potential bidder.