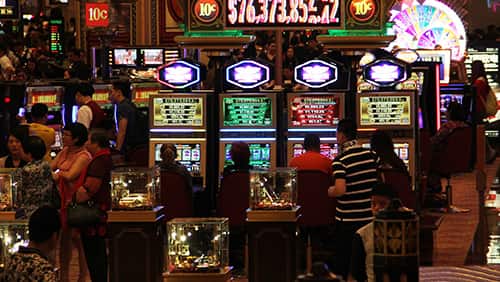 South Korea has big plans for Incheon. The Paradise City complex will be a massive resort region attracting tourists from all across the globe. Among the many options to be included are casinos, with Caesars Entertainment and Mohegan Sun expected to set up shop with their own properties. Development in the region has been underway for over a year and the entire resort complex is expected to generate as much as $1.6 billion a year for the area while creating up to 20,000 jobs. However, things don’t always go according to plan, and both Caesars Entertainment and Mohegan Sun find themselves in a precarious situation that has forced both developments to come to a halt. For one of these, there may be light at the end of the tunnel. For the other, there are only question marks where that light should be.

According to South Korean news sources, the Midan City resort, backed by Caesars, and Inspire Resort, Mohegan Sun’s Incheon project, have run into money problems. The resorts, being built on Yeongjong Island, have reportedly run out of money due, in part, to the ongoing COVID-19 saga, with Midan City construction having stopped this past February. The project reportedly blew through $150 million and has not been able to secure new funding since then.

In order to find new financial backing, the existing debt will need to be paid off and new agreements secured. However, this is becoming more difficult as the revenue shortage caused by COVID-19 lingers. With industry analysts predicting casino operators needing up to three or four years to recover from the global pandemic, finding backers to put their money into an unfinished project becomes more difficult. Currently, the resort is said to be only about 25% complete.

Inspire is in a similar situation, with only around 14% of construction done. Mohegan Sun is confident that it will be able to get things running again, but making the projected 2022 grand opening might become more difficult. Still, the $1.5-billion casino resort complex is going to see the light of day at some point. According to the Incheon Economic Daily, “The complex resort industry is having difficulty securing capital in the aftermath of [COVID-19]. However, Inspire is considering additional investment of equity capital instead of [project financing], so it may come up with a solution sooner or later.”