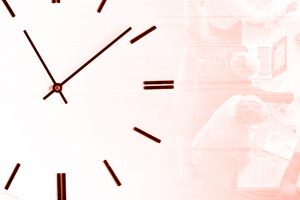 A master plan for the redevelopment of a large area in Schoolfield in the Virginia city of Danville has been put on hold until city voters decide on whether the plan should include a casino complex.

The master plan was kicked off earlier this year before the Covid-19 pandemic hit and before city officials selected Las Vegas casino powerhouse Caesars Entertainment Inc. as the preferred developer of a casino at the former Dan River Mills industrial complex.

Danville Economic Development Director Corrie Bobe said last week that they have “taken a pause for a few months as things lead up to the referendum.”

Work on the master plan is set to resume after the November 3 ballot during which Danville voters will decide whether the city should host a Caesars-built and operated casino resort.

The Danville City Council backed Caesars’ bid to build a casino in the city this past June. The Virginia Lottery pre-certified the company’s proposal the following month. City leaders then passed a casino referendum resolution, asking the Danville Circuit Court to sign an order for a writ of special election in order for the casino question to appear on the November 3 ballot.

A Circuit Court judge signed the order earlier this month, which means that the fate of Caesars’ casino plan now lies with Danville voters.

The larger Schoolfield master plan is set to resume after city residents decide whether to allow a casino on November 3. The outcome of the city referendum will determine the emphasis of the larger scheme.

Philadelphia-based architecture firm WRT LLC is in charge of the master plan. Ms. Bobe said last week that a large percentage of the company’s focus was on the 85-acre site and that they might need to change the scope of those boundaries depending on the results of the referendum.

If voters approve Caesars’ casino project, the operator will take charge of the planning and design of the 85-acre site, while WRT will have to shift its focus to the outside of that footprint. The Philadelphia-based company previously planned to turn the old industrial site into a mixed-use campus.

WRT was initially expected to finalize work on its master plan in early 2021, but the Covid-19 pandemic and the casino proposal have pushed back that original timeline.

Meanwhile, Caesars launched earlier this month its Caesars For Danville referendum campaign and appointed co-chairs and members of a committee that will be educating people on the benefits its planned casino would have on the city’s economy over the next few months leading up to the November 3 referendum.