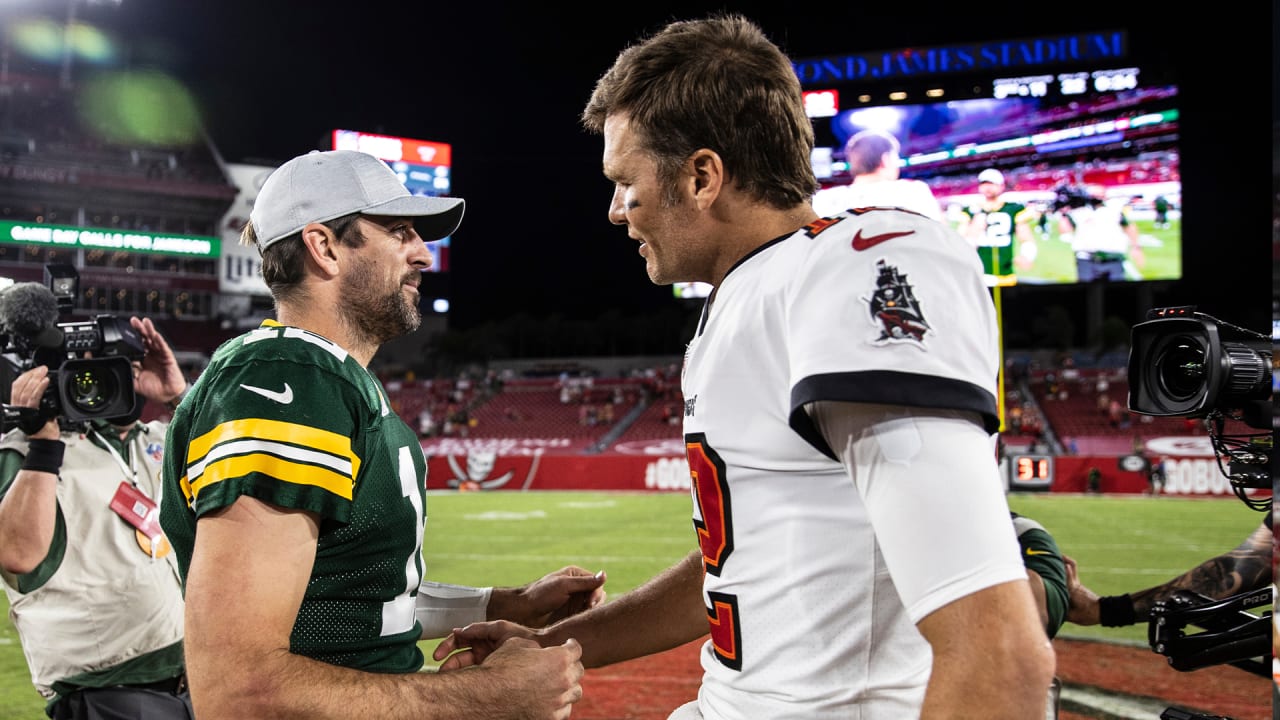 The Tampa Bay Buccaneers’ 2020 playoff journey has already gone through Landover, Maryland and New Orleans, Louisiana. Now, after defeating the Saints, 30-20, on Sunday in a Divisional Playoff game at the Superdome, the Buccaneers will head to Green Bay to take on the Packers in the NFC Championship Game. The ultimate goal is to win a spot in Super Bowl LV and seek the second league title in franchise history.

In the process, the Buccaneers could become the first team to play a Super Bowl on its home field, as Super Bowl LV is scheduled for Sunday, February 7 at Raymond James Stadium. First, however, comes the Battle of the Bays as the two former NFC Central Division foes square off at Lambeau Field on Sunday, January 24, with kickoff scheduled for 3:05 p.m. ET.

The game will be headlined by two of the most accomplished quarterbacks in NFL history. The Buccaneers’ ﻿Tom Brady﻿ is the league’s all-time leader in touchdown passes (581), with Rodgers coming in seventh on that list (412). Rodgers’ career passer rating of 103.9 is third in league history. Brady owns virtually every postseason passing record and, of course, is the only player ever to win six Super Bowl championships, including four in which he was named Super Bowl MVP. Rodgers also has a Super Bowl ring and a Super Bowl MVP trophy. Between them, Brady (3) and Rodgers (2) have combined to win five of the last 13 NFL MVP awards, and Rodgers is widely expected to add his third in 2020.