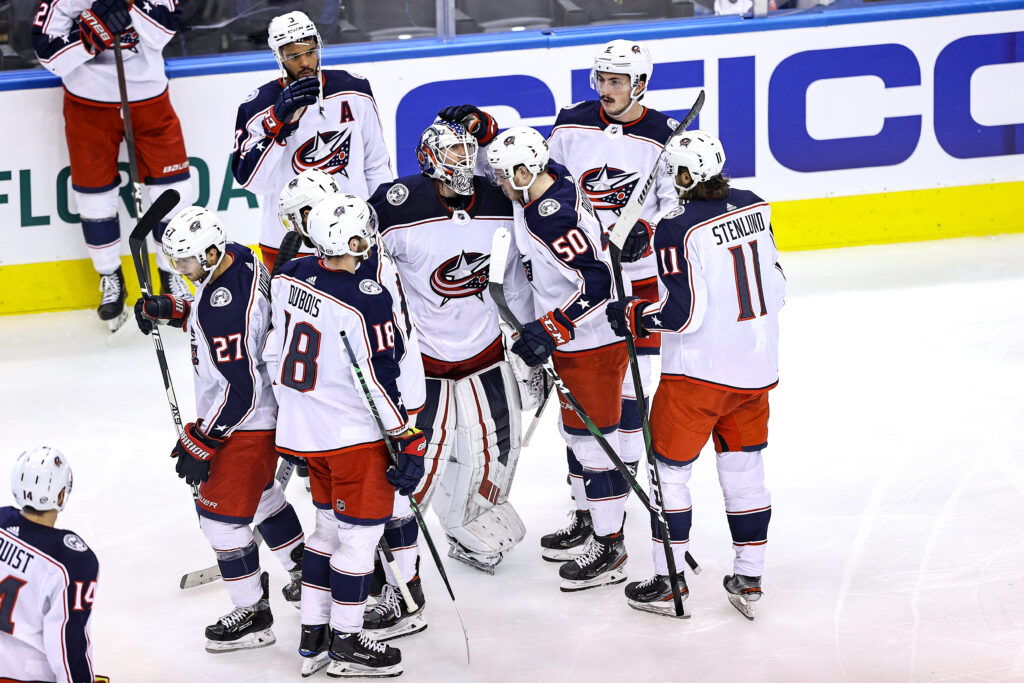 COLUMBUS, Ohio — The Blue Jackets’ season ended one week ago today with a Game 5 loss to Tampa Bay in the first round of the playoffs. It was a peculiar season, even before the pandemic turned the world upside down.

On the whole, the Blue Jackets far exceeded their expectations, making the playoffs for a fourth consecutive season. But that doesn’t exempt each player from a close, critical examination of their work.

After issuing grades following the first quarter and the first half of the season, it seemed only right to grab the red pen and get to work on an end-of-season report card for the 27 players who played significant games with the Blue Jackets, either during the regular season or postseason.

Of all the major question marks confronting the Blue Jackets at the start of the season, this is the one that turned out best.