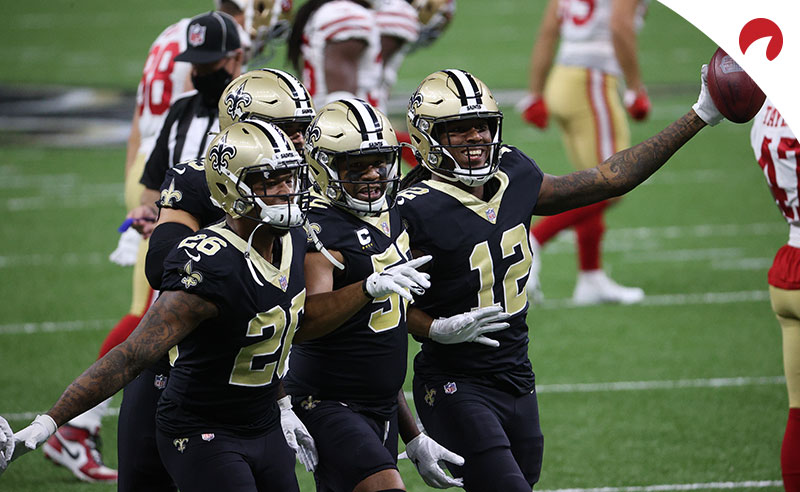 As we approach Week 11 of the NFL season, sportsbooks have been busy adjusting the odds on the upcoming slate of games. The opening 10 weeks of action haven’t disappointed, containing pretty much everything you could ask for: upsets, last-minute finishes and plenty of points.

Ahead of Week 11, odds at sportsbooks have been on the move in a big way since opening.

Monitoring line movement is one of the best ways to assess where the money is going for NFL matchups. There are two types of bettors that frequent online sportsbooks: the public and the sharps.

The betting public is your average joe who likes to casually wager on football. The public will bet mostly favorites and tends to pay more attention to the teams that are receiving the most media attention.

On the other hand, sharp bettors tend to go against the grain and find value where not many others do. Books will shift lines depending on where the sharps are placing their bets. The sharpest bettors get their action in shortly after the odds are released, as they anticipate which way the lines will move.

So, which lines are on the move in Week 11? Here’s a breakdown of the biggest odds changes of the week.

Note: all line moves were as of Friday morning. Odds courtesy of Bovada.

There’s no question which team is the superior one in this all-NFC South matchup, but the Saints will be without the services of starting quarterback Drew Brees for the first time this season.

As Brees recovers from multiple rib fractures and a collapsed lung that sidelined him in New Orleans’ Week 10 win over the San Francisco 49ers, Jameis Winston was expected to get the start under center for the immediate future.

The ex-Tampa Bay Buccaneer has plenty of experience but has a long history of turning the ball over at inopportune times, so Winston getting the nod wasn’t neccessarily a slam dunk.

On Friday, NFL Network’s Ian Rapaport tweeted the Saints have given QB Taysom Hill the starting reps in practice this week, putting him on track to likely start for the Saints against the Falcons.

It’s clear the betting public is fading whoever is under center for the Saints, either Winston or Hill, and taking Matt Ryan and the Falcons – a line I expect to see continue to rise in Atlanta’s favor ahead of kickoff on Sunday.

This line has been all over the place since opening. Initially, sportsbooks set the Patriots as 1-point favorites, but that number quickly jumped the fence to Patriots +2.5. As of Friday morning, it had shifted slightly back to Pats +2.

New England fans and bettors alike haven’t had much to cheer about in 2020. The Patriots rank in the bottom half of the league when it comes to covering the spread (4-5 ATS) but notched a 23-17 win over the Baltimore Ravens in Week 10 while easily covering as 7-point underdogs.

Cam Newton has been as hot and cold as any quarterback in the NFL this season, so it’s hard to project which version of the Auburn product you’re going to see on any given Sunday.

New England essentially has to win out in order to have a chance at making the postseason, but bettors are anticipating a letdown game for Newton and the Patriots against the Texans.

Don’t look now, but the Dolphins have both won and covered in five straight games. At 6-3, they’re in contention for the AFC East title and look like a legitimate playoff threat for the first time in recent memory.

Tua Tagovailoa continues to impress and has improved every week since taking over from Ryan Fitzpatrick, and the Fins defense has emerged as one of the toughest units in the NFL to face over the past month.

The 3-6 Broncos are trending in the opposite direction in what’s looking like a lost season in Colorado. It’s hard to blame the public for riding the hot hand and backing the Dolphins in this game.

Looking for the sportsbook that’s right for you to get some money on NFL games? Check out our Sportsbook Review page. To learn more about how the point spread is used in NFL games, be sure to visit our What is a Point Spread? article.