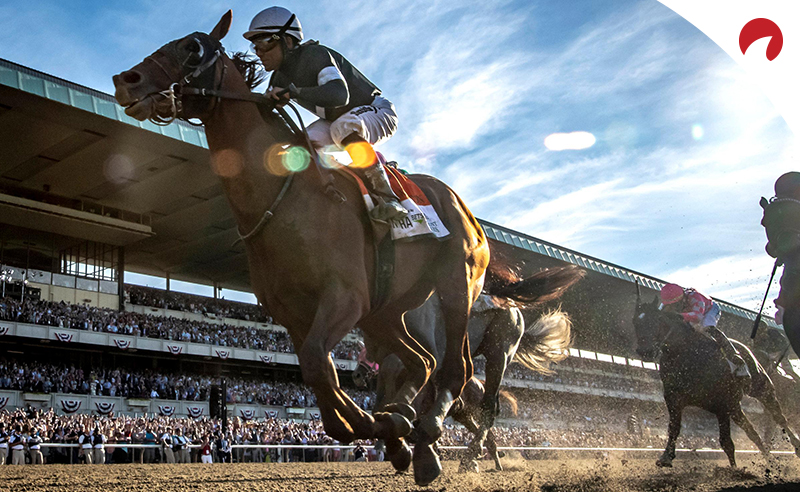 A field of 10 will line up on Saturday in the 152nd running of the Belmont Stakes with Tiz the Law the overwhelming betting favorite.

While the COVID-19 pandemic has wiped out most sports, horse racing has managed to continue to run in some locations without spectators and has had the Triple Crown turned upside down this year, literally.

Originally scheduled for June 6, the Belmont Stakes will now be run two weeks later, and instead of being the final jewel of the Triple Crown, the race will be the opener of the series. The Kentucky Derby will be held at Churchill Downs on September 5 and the Preakness Stakes will now close out this year’s Triple Crown at Pimlico on October 3.

If this is your first time betting on the Belmont Stakes, please read our How To Bet  Guide that can walk you through the process to get set up.

Here is an early look at this year’s field by post position with early betting odds from Bodog:

The Mark Casse trainee drew the rail and is quick enough to be on the lead. The colt beat first-level allowance company in his last outing over the Belmont Park main track. He was well beaten in his two starts in stakes company last year, but it does look as if he has matured as a three-year-old.

This colt earned Road to the Kentucky Derby points with a win in the Sam F. Davis and a runner-up finish in the Tampa Bay Derby. The colt will be wheeling back off just a 10-day break after tuning up for this race with a win against optional claiming foes at Gulfstream Park going a mile.

Linda Rice is seeking to become the first female trainer to win a Triple Crown race. This colt won the Withers at Aqueduct at 1 1/8 miles, but that victory was on February 1 and he will have to beat this field returning off a 4½-month break.

Saddled by Hall of Fame trainer Bill Mott, this colt won one of the divisions of the Risen Star and then finished evenly in a third-place finish in the Louisiana Derby in his last outing on March 21. He should be forwardly placed, and both of his victories have come at the 1 1/8-mile distance, including his maiden breaker at Aqueduct that was around one turn.

This late-running colt is going to need some pace in front of him for his closing kick. Last out he trailed the field in the Arkansas Derby and after making a middle move he finished evenly in a fourth-place finish, beaten seven lengths by the now-sidelined Nadal. Trainer Todd Pletcher has won this race three times.

The colt is making his first start since winning the UAE 2000 Guineas at Meydan in Dubai back on February 1. It was his fourth win in nine career starts. Among his wins was the Tremont over the main track at Belmont Park at 5½ furlongs in his second career start last June. He was not a threat in his two starts in Grade 1 company last year and it’s tough to tell what we may see out of this colt in his first start off a 4½-month break.

Since winning the Clever Trevor at Remington Park last November in his first start against winners, this colt has made four starts and has been beaten by a combined 77¼ lengths. It is tough to win a Triple Crown race with form that looks this bad. However, his trainer Steve Asmussen did win the 2016 Belmont with Creator, who paid $34.80 and came in the race off a 13th-place finish in the Kentucky Derby.

The Florida Derby winner is going to be a very short price. The colt is trained by Barclay Tagg, who saddled Funny Cide to victories in the Kentucky Derby and Preakness Stakes in 2003 for these owners. The colt has won four of five starts, has handled nine furlongs with no issue and his main knock is going to be his puny price.

Pletcher saddles this lightly raced colt who has just three starts under his belt. He made his stakes debut in the Unbridled at Gulfstream Park in his last outing on April 25 and overcame some traffic troubles to get the job done. The colt appears to still have plenty of upside, and he has enough pedigree to handle his first trip at 1 1/8 miles.

This Asmussen trainee drew the outside post but there is a long run down the backstretch and this colt has some early speed. Last out in the Matt Winn at Churchill Downs in his stakes debut he dueled for the early lead before weakening late to finish third, beaten 1¾ lengths by the highly regarded Maxfield. The colt has shown improvement in each of his outings and another move forward would put him in the mix.

Coming up tomorrow, I will have my final analysis and selections for the first jewel of the Triple Crown.

Handicapper Michael Dempsey will be covering the Triple Crown for Odds Shark and his full card reports with selections, analysis, fair odds line and wagering recommendations for major tracks can be found daily at https://turfnsport.com.