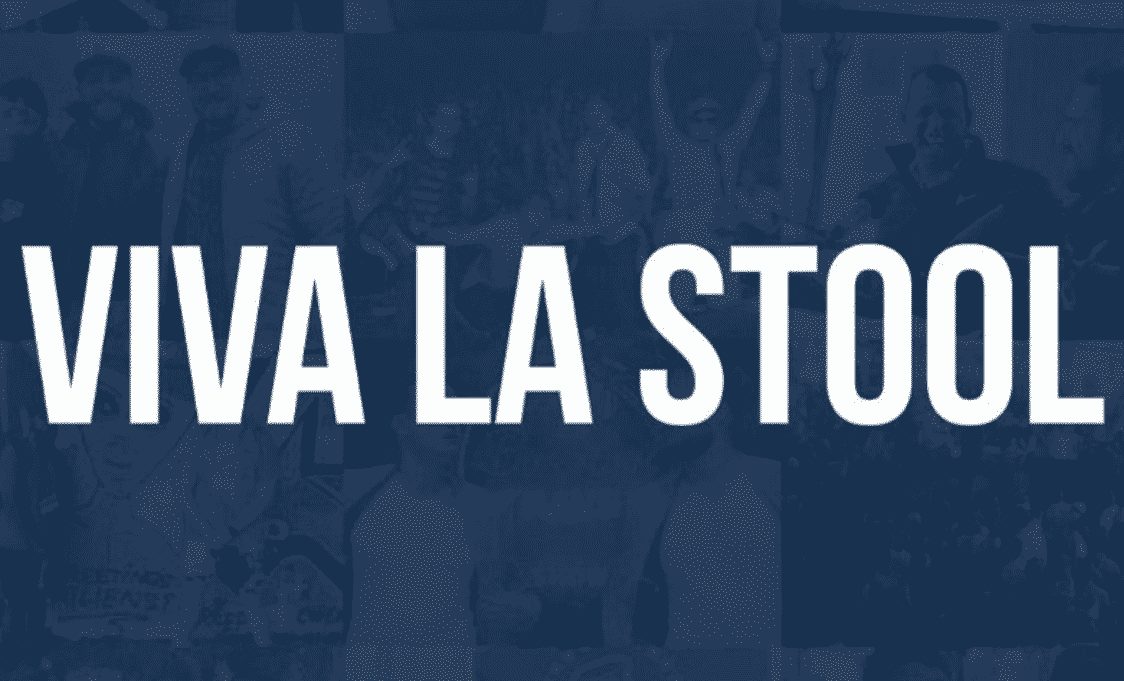 To borrow a phrase from Barstool founder Dave Portnoy, Barstool Sports is wrapping the gambling industry’s collective brain in a pretzel.

From the moment Penn National Gaming announced it was acquiring Barstool Sports, the controversial company has dominated the US sports betting conversation.

Interest in and scrutiny of the company has only increased since Penn National successfully launched the Barstool Sports betting app in Pennsylvania, and preps for launches in other states.

In fact, the company is doing precisely what it said it was going to do.

And as another Eilers & Krejcik analyst, Chris Grove noted in the EKG Line Newsletter (sign up for it here):

But despite Barstool’s early success in Pennsylvania, there’s still a lot of doubting Thomases out there.

Everyone seems to have an opinion regarding Penn National’s selection of Barstool as the face of its sports betting offerings in the US. When it comes to Barstool, everyone has something to say, and there is no shortage of experts offering their thoughts on what the early returns do or don’t indicate or how Barstool will rise to the top or fail mightily.

Unfortunately, these opinions can often be influenced by the person’s overall attitude towards Barstool the brand rather than an analysis of Barstool the sportsbook. It’s no secret that many people harbor negative feelings towards the company and are openly rooting for it to fail – which is their prerogative. Unfortunately, that clouds analysis with personal bias.

Aside from the built-in bias, a bigger issue with many of these takes is they’re coming from people who definitely understand gambling but don’t know much about Barstool Sports. The general feeling is, Barstool needs to fit itself into the sports betting box. However, that overlooks the possibility that Barstool alters the sports betting box or creates a new one.

As I wrote back in January:

“Barstool is often dismissed as nothing more than an outlet for young, white males to rage against an evolving world. The truth is that while that describes its core audience, Barstool reaches and appeals to a much larger, more diverse crowd. Anyone who writes the company off as a one-trick-pony does so at their own peril.

“Barstool has 69 personalities, 38 podcasts, a SiriusXM channel, a social media audience measured in the millions, and 23 video shows. Its talent is diverse, and its content runs the gamut from sports to comedy to lifestyle.”

Or, as Jamie Salsburg pointed out on Twitter this not too long ago:

And understand that YouTube is one of Barstool’s weaker social media platforms.

The idea that they have to follow the standard model doesn’t hold water. No other sports betting company has entered the space with the assets Barstool possesses, so comparing them to what has come before or charting their trajectory based on industry norms doesn’t make sense. But it’s precisely what most people are doing.

Sometimes we have to accept that just because we don’t understand how something is working doesn’t mean it’s destined to fail.

That date may not hold any significance for you, but it is a date I will never forget. November 12, 1993, was the date of the inaugural Ultimate Fighting Championship.

Few people saw it live (pay-per-view buys numbered around 90,000), but that Friday night forever changed the world of martial arts.

As a lifelong fan of combat sports and an on-and-off practitioner of martial arts, I was not only looking forward to the Ultimate Fighting Championship but understood what I was seeing.

The UFC was something we talked about quite a bit in the lead-up to the event. We knew who the Gracies were – I still have the old Gracie Jiu Jitsu in Action VHS tapes in a box somewhere – and did our best to figure out who the other fighters were and why Ernesto Hoost wasn’t fighting.

That made watching UFC 1 with people who expected a kung fu master to use some secret technique a trip for the handful of us already somewhat exposed to this. Explaining that he choked him with his gi took time and elicited groans from someone asking, “what just happened? He never hit him?” Thank god for the couple instances of Gerard Gordeau beating people up the old-fashioned way!

Those conversations lasted for days, weeks, and months, as discussions around UFC 1 increased within my circle. Within a year, everyone suddenly knew about Brazilian Jiu-Jitsu and its chokes and armbars and guard.

Karate practitioners, kickboxers, and other standup fighters lived in a bubble, and those bubbles kept getting burst. To be fair, they didn’t know what they didn’t know, and to quote Iain Abernethy quoting one of his instructors, Peter Consterdine, “you can be a tenth-degree black belt on your feet and a white belt on your back.”

Of course, you don’t realize that until you’re on your back.

Within a couple of years, the UFC’s impact upended the worldview of fighting. And everyone “knew” what they didn’t know just two years prior. And many acted as if they knew it all along.

On November 11, 1993, everyone thought they knew who would win in a fight.

And that’s where I think a lot of industry experts are when they discuss Barstool Sports. They’re world-class strikers in 1993, on their back, with a Gracie transitioning into side control and wondering what the hell is going on.

Back to Barstool and Sports Betting

Barstool Sports’ foray into sports betting is a lot like Royce Gracie in UFC 1. In that, most people don’t understand what they’re seeing. And instead of asking, why is this working, they’re focused on comparing it to what they know to be effective and trying to poke it full of holes.

The problem is, Barstool is playing by a different set of rules. And not chess and checkers. Rather, you’re sitting down to play chess and Barstool flips the board and throws the pieces at you.

A boxer doesn’t worry about a takedown in a boxing match. A wrestler doesn’t need to defend punches. But change the rules, which the UFC did, the best fighter in their sport is suddenly a fish out of water.

That’s why it’s a mistake for people with limited experience of Barstool Sports to attempt to place it in a box the company has shown no desire to inhabit. Royce Gracie would get demolished in a boxing match, which is why he didn’t enter a boxing match.

The idea that the best sports betting formulas are x or y is true, but it doesn’t have to be true. Just because the current success stories are doing x and y doesn’t mean there isn’t a z that could prove to be as or even more effective. Ask Sky Betting.

People that know what makes a successful sports betting company might be flummoxed by what they’re seeing because experts are supposed to understand what is happening. But Barstool is something altogether new. It’s similar to asking a boxing announcer to opine on Brazilian Jiu Jitsu in 1993.

Additionally, there’s something about Barstool that makes it hard to put your finger on, and even those involved with the company have a hard time explaining what exactly Barstool is. You know it’s working, but since you can’t explain it, you chalk it up to a fluke.

Know What you Don’t Know

As a Massachusetts native, I’ve been familiar with Barstool Sports for about a decade. I wasn’t there on the ground floor but it was hard to not run across the brand. So, I know all about the Milton Office squirrel, the Boston Marathon Bomber “manhunt,” Portnoy’s run for Boston Mayor that never got off the ground, the Dev Nest and the site’s history of technical difficulties, Patrick McGillicuddy and KFC, along with the many local charity initiatives the site has done.

I’m not an expert on Barstool, but I’ve seen enough of the site over the years to know if your understanding of Barstool is what you read on social media and in an exposé about the company’s latest imbroglio, you don’t understand Barstool, its personalities, or its reach.

I’ve also seen how easily they monetize their audience. Whether it’s t-shirts, ugly sweaters, or Rough & Rowdy pay-per-view buys, Barstool has never had a problem getting its core customers to shell out some money. And it’s a much larger and more diverse audience than most people realize or want to acknowledge.

That’s why I’m pretty bullish on Barstool and sports betting. If I were a betting man, I’d bet big on Barstool being at or near the top when the dust settles in the US. The company is about customer engagement, and it does it better than just about anyone. Something that is sorely lacking in the US gaming market.

I’ve seen the company grow and grow and grow and exceed all expectations. I’ve seen what would seem like ridiculous ideas become overnight hits and viral trends. And while that doesn’t mean the company can’t flop or make a series of insurmountable missteps, don’t dismiss the company’s ability to disrupt the sports betting space because you dislike it or because it’s charting a course that is different than you expect. You can dislike Barstool and acknowledge its successes and its potential, the two aren’t mutually exclusive.

And don’t worry, Gambling Twitter isn’t the first brain Barstool Sports has twisted into a pretzel.