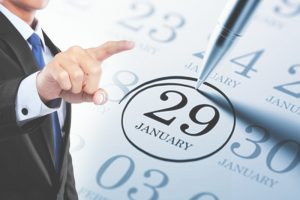 As the planned implosion of Trump Plaza Hotel and Casino in Atlantic City approaches, city officials are offering people the chance to push the button that would demolish the building on January 29.

Atlantic City Mayor Marty Small said on Wednesday that they would auction off the chance to push the button that will demolish the Trump Plaza building. The plan is to donate money from the auction to the Boys & Girls Club of Atlantic City.

Mayor Small is set to shed more details on the pending demolition of Trump Plaza at a news conference that will be held at 11 am local time on Thursday. Atlantic City’s top official said that they hope the auction could raise up to $1 million.

The Boys & Girls Club is understood to have tapped an auction company to solicit bids for the chance to play a key role in the demolition of one of Atlantic City’s most iconic casino properties. Bids can be submitted from Thursday, December 17, through January 19.

The top bids will be revealed namely on January 19. A live auction will be held to determine the winning bidder.

The Boys & Girls Club of Atlantic City provides different after-school and summer recreation, education, and career-training programs for children and teenagers from the city.

The City’s Eyesore Will Soon Be Gone

Trump Plaza closed doors in 2014, one of four Boardwalk casinos to shut down that year. Mr. Trump had cut most of his ties with Atlantic City at the time. In February 2016, New York businessman Carl Icahn took ownership of the company that operated Trump Plaza.

The property has never reopened doors since 2014 and its state has been deteriorating since then. Earlier this year, the former hotel-casino resort was classified as an imminent risk to public safety after pieces of its facade tore loose during heavy winds and crashed on the sidewalk.

The property was expected to be demolished in the fall of 2018, but that did not happen. During his unofficial State of the City address in January, Mayor Small said that he wanted to see Trump Plaza torn down as it was an “embarrassment” and the “biggest eyesore in town.” Initial demolition work has begun at the site and the implosion is scheduled for January 29.

It is still unknown what would be built on the site once it is cleared. Mayor Small said earlier this year that he would be eager to discuss potential uses for the land that once hosted one of the glitziest Boardwalk casinos with Mr. Icahn or other potentially interested developers. He further noted that a family attraction was among the possible options.

He said that “not often does inner-city oceanfront land open up” and that the city has “one chance to get this right.”