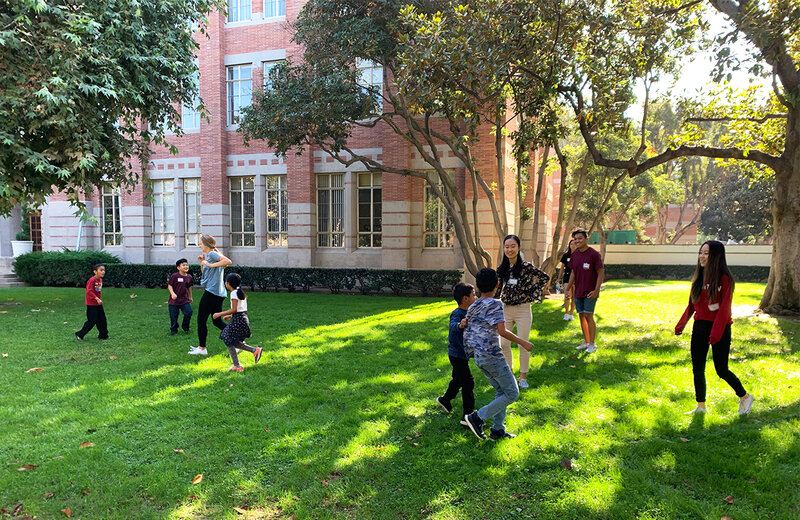 Once a week, kindergarteners at Los Angeles’ Dr. Theodore T. Alexander Jr. Science Center School log in to their computers for a music lesson. Through interactive games like bingo and “hot and cold,” the children get introduced to music theory, music history and a variety of orchestral instruments.

Normally, these students would only receive one music lesson a month. Limited funding made weekly classes impossible for this school. Then, along came Danika Banh, a biological sciences major at the USC Dornsife College of Letters, Arts and Sciences and a piano minor at the USC Thornton School of Music. 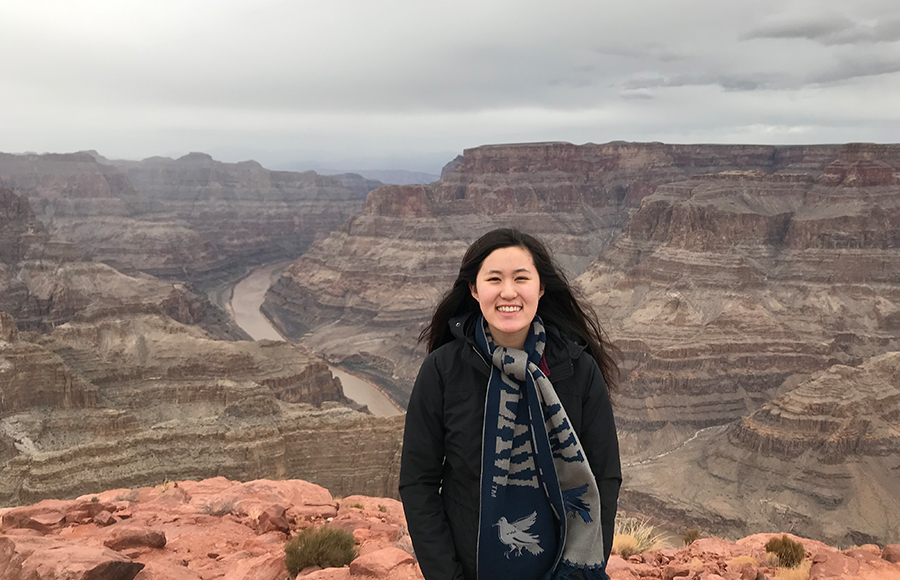 Banh grew up playing the piano as well as the marimba in her high school marching band.

In 2019, Banh formed the club Music Inspiring Community, which matches USC student volunteers with elementary school classes to give a weekly lesson.

Prior to the COVID-19 pandemic, they taught in person, but the club has since switched their classes to Zoom. Banh concedes the new format isn’t always ideal, but it’s allowed her volunteers to continue an initiative she believes is a powerful boon to early education.

“With music, you’re learning another language, basically, because you have to learn how to read notes,” she explains. “It gives students patience and teaches them to cooperate with one another. They learn to listen, and then analyze and respond.”

Once in-person classes can resume, Banh hopes to expand the program to even more local elementary schools who are struggling to provide regular music classes.

Passing her good fortune on to others

Banh’s inspiration for the club was partly her parents. They’d both fled war-torn Vietnam as children, spent time in Malaysian refugee camps and eventually joined family in Southern California, where Banh was later born. Neither had ever had the opportunity to learn to play an instrument themselves, so they made sure Banh had lessons as a child.

She studied piano and played marimba in her high school marching band. “I really love the camaraderie of the large group and playing with everyone else. It gives you that feeling of teamwork and helps you build your skills in leadership and confidence,” says Banh.

As a freshman at USC, she taught science lessons to elementary students through USC Dornsife’s Joint Educational Project. “I was talking with the teacher and she told me they had a music teacher who came in only once a month. I thought, ’How can they really learn anything in the span of an hour a month and retain it?’” says Banh.

She thought about her own parents, who had never been offered the chance to learn to play and how fortunate she was to get an opportunity herself. “I was very privileged to have music as a fundamental part of my life since I was very young,” she says.

Banh talked with friends who also had a musical background but who, like Banh, felt too committed to studies to dedicate themselves to a musical group. They decided to pitch to the university the idea of a club that would match USC students to local classrooms for music education. Music Inspiring Community began. The group now teaches hour long lessons to kindergarten and first-grade classes at the science center school. The switch-up during the COVID-19 pandemic isn’t the first time the group has made adaptations to their teaching format. They initially offered lessons on the USC campus, but with parking and accessibility a challenge, they switched to teaching in the classroom. The school is within walking distance of campus, which makes for an easy commute.

“One of my session members plays the clarinet and when all the kids see it they’re like, ‘Squidward, he’s just like Squidward!’” says Banh, referencing the clarinet-playing character of the SpongeBob SquarePants cartoon.

It’s a testament to the joy of teaching that her volunteers, despite Zoom fatigue from their own classes, expressed disappointment when they learned their semester was coming to an end. At a recent online meeting, when Banh told them the next week was their last, all of the volunteers collectively unmuted and shouted, “No!”

Once coronavirus restrictions ease, the volunteers will head back into the classroom, where they can resume popular activities like building pan pipes out of paper. Banh is also raising funds to purchase instruments, perhaps clappers or shakers, that will let students keep rhythm and play as a group, just the sort of experience Banh benefited from during her own childhood.